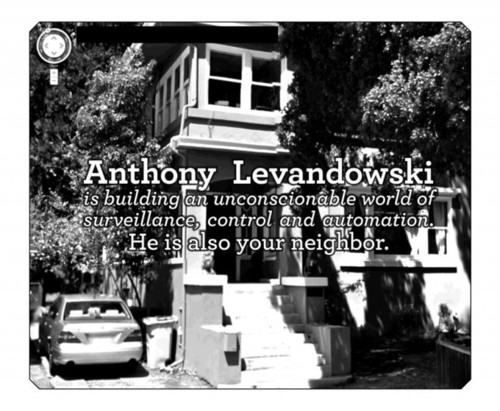 “According to an anonymous submission on local news site Indybay, an unknown group of protesters targeted a Google engineer best known for helping to develop the company’s self-driving car. After arriving at the Berkeley home of Anthony Levandowski on Tuesday morning, the protesters distributed a flier (PDF) complaining of his role in developing Google Street View and, more recently, his spearheading a new condominium development in downtown Berkeley.”