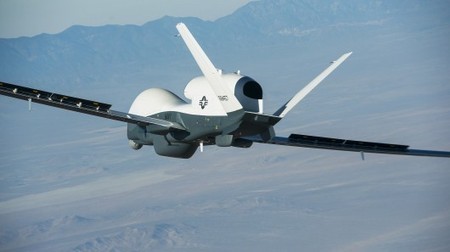 “…the US Navy’s latest unmanned Intelligence, Surveillance and Reconnaissance (ISR) aircraft, the MQ-4C Triton Unmanned Aircraft System, has taken to the skies. This Wednesday, the 47.6-foot (14.5-m) aircraft, powered by a Rolls-Royce AE 3007 turbofan engine, took off from Palmdale, California. It was under the control of Navy and Northrop Grumman personnel, as part of a series of tests to certify the system for fleet operations.”