VENTURER is the first Connected and Autonomous Vehicle project to start in the UK. The results of VENTURER preliminary trials show that the handover process is a safety critical issue in the development of Autonomous Vehicles (AVs).

The first VENTURER trials set out to investigate ‘takeover’ (time taken to reengage with vehicle controls) and ‘handover’ (time taken to regain a baseline/normal level of driving behaviour and performance) when switching frequently between automated and manual driving modes within urban and extra-urban settings. This trial is believed to be the first to directly compare handover to human driver-control from autonomous mode in both simulator and autonomous road vehicle platforms.

The handover process is important from a legal and insurance perspective – the length of time it takes people to regain full control of the vehicle represents a meaningful risk to insurers and understanding when control is transferred between the vehicle and the driver has liability implications.

David Williams from AXA outlined that, “The results of this trial have been very useful as we consider the issues that the handover process raises for insurers. Although some motor manufacturers have said they will skip SAE Level 3, some are progressing with vehicles that will require the driver to take back control of the vehicle. The insurance industry will need to assess the relative safety of the handover systems as they come to market but VENTURER’s trial 1 results show that with robust testing we can properly assess how humans and autonomous vehicles interact during this crucial phase of the technologies’ evolution.”

50 participants were tested in a simulator and/or in the autonomous vehicle on roads on UWE Bristol campus. The tests were at speeds of 20, 30, 40 and 50 mph in the simulator and 20 mph in the autonomous vehicle; speeds common in urban and extra-urban settings. Baseline driving behaviour of participants was also tested, and then the length of time it took them to return to this baseline following handover.

During the trial, the driver was aware that they might be alerted to take control of the vehicle at any moment, either due to the decisions made by the driver, or the capabilities of the vehicle in particular situations. VENTURER has classified this as planned handover.

A key finding is that it took 2-3 seconds for participants to ‘takeover’ manual controls and resume active driving after short periods of autonomous driving in urban environments.

They also found that participants drove more slowly than the recommended speed limit for up to 55 seconds following a handover request, which suggests more cautious, but not necessarily safer, driving. This could be important for traffic management – if drivers on the road replicated this behaviour it might impact the flow of traffic and mitigate some of the predicated benefits of AVs. In addition, participants returned to their baseline manual driving behaviour after handover within 10-20 seconds, with most measures including speed, stabilising after 20-30 seconds. This was not the case within the highest speed simulator condition where stabilisation did not seem to occur on most measures within the 55 second measured handover period.

Chair of the project, Lee Woodcock (Atkins) said, “The outcome of this research for trial one is significant and must provide food for thought as the market develops for driverless cars and how we progress through the different levels of automation. Further research must also explore interaction not just between vehicles but also with network operations and city management systems.”

Dr Phillip Morgan (UWE Bristol) said, “Designers need to proceed with caution and consider human performance under multiple driving conditions and scenarios in order to plot accurate takeover and handover time safety curves. In the time it takes for drivers to reach their baseline behaviour, the vehicle may have travelled some distance, depending on the speed. These initial trials show that there are some risk elements in the handover process and bigger studies with more participants may be needed to ensure there is sufficient data to build safe handover support systems.”

Professor Graham Parkhurst (UWE Bristol) said, “The results of these tests suggest that autonomous vehicles on highways should slow to a safe speed before handover is attempted. Further research is required to clarify what that safe speed is, but it would be substantially slower than the 70 mph motorway limit, and somewhat lower than the highest speed (50 mph) considered in our simulator trials.”

The trial clearly demonstrated that there were no major differences between control of the simulator and the Wildcat platforms used within the trial, validating the future use of simulators for the development of autonomous vehicles and associated technologies.

Click here to view the full results and papers. 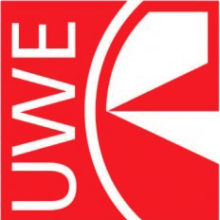