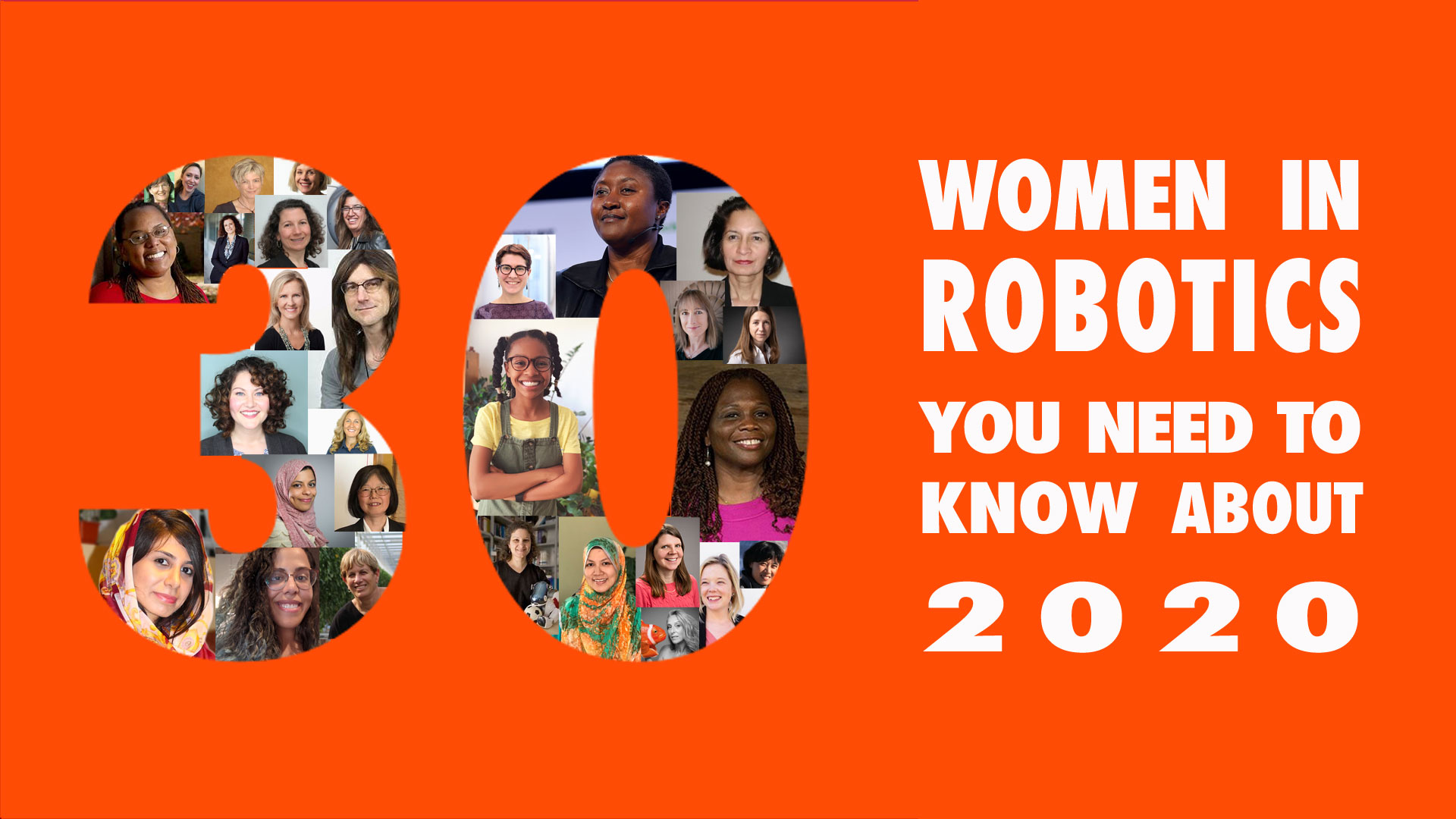 It’s Ada Lovelace Day and once again we’re delighted to introduce you to “30 women in robotics you need to know about”! From 13 year old Avye Couloute to Bala Krishnamurthy who worked alongside the ‘Father of Robotics’ Joseph Engelberger in the 1970s & 1980s, these women showcase a wide range of roles in robotics. We hope these short bios will provide a world of inspiration, in our eighth Women in Robotics list!

In 2020, we showcase women in robotics in China, Japan, Malaysia, Israel, Australia, Canada, United States, United Kingdom, Switzerland, Israel, Norway, Spain, The Netherlands, India and Iran. There are researchers, industry leaders, and artists. Some women are at the start of their careers, while others have literally written the book, the program or the standards. 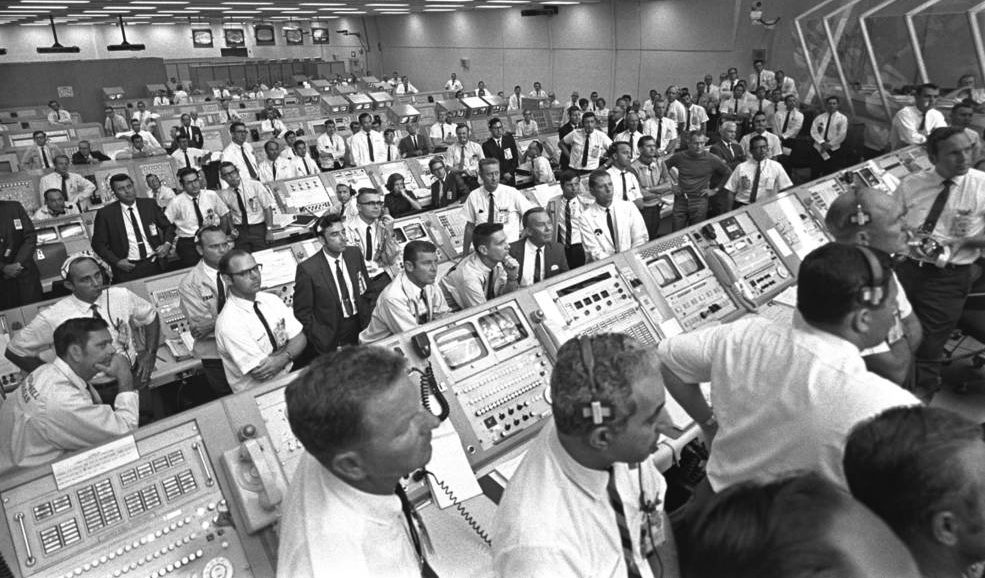 CAPE CANAVERAL, Fla. – Members of the Kennedy Space Center government-industry team rise from their consoles within the Launch Control Center to watch the Apollo 11 liftoff through a window. Photo credit: NASA

We publish this list because the lack of visibility of women in robotics leads to the unconscious perception that women aren’t making newsworthy contributions. We encourage you to use our lists to help find women for keynotes, panels, interviews etc. Sadly, the daily experience of most women in robotics still looks like this famous NASA control room shot from the 1969 Apollo 11 moon landing, with one solitary woman in the team. It has taken sixty years for the trailblazers like Joann Morgan, Katherine G. Johnson, Dorothy Vaughan, Mary Jackson and Poppy Northcutt to become well known. And finally now we have a woman, Charlie Blackwell-Thompson, serving as Launch Director for the upcoming Artemis Mission, and another, Gwynne Shotwell, serving as President and COO of SpaceX. 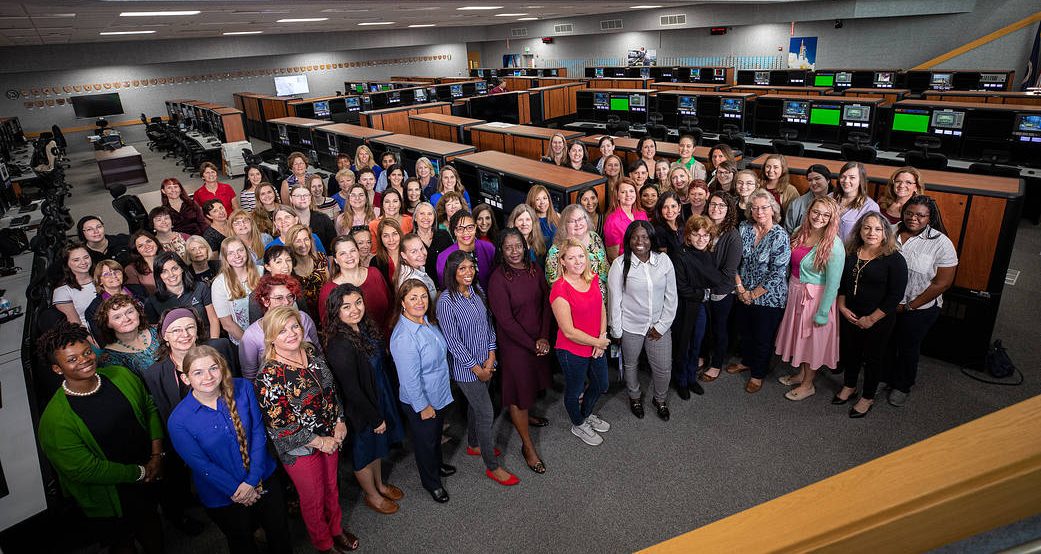 In celebration of Women’s History Month, the “Women of Launch Control” working in Exploration Ground Systems take time out of their Artemis I launch planning to pose for a photo in Firing Room 1 of the Launch Control Center at NASA’s Kennedy Space Center in Florida on March 4, 2020. Artemis I will be the first integrated flight test of the Orion spacecraft and Space Launch System rocket, the system that will ultimately land the first woman and the next man on the Moon. Photo credit: NASA/Glenn Benson

In 2019, women still accounted for less than a quarter (23.6%) of those working in natural and applied sciences and related occupations. In these occupations, women earned, on average, \$0.76 to every \$1.00 earned by men in annual wages, salaries, and commissions in 2018. [ref Catalyst.org ]

This issue is even more pervasive and devastating if you are a person of color. We have always strived to showcase a wide range of origins and ethnicities in our annual list, and this year, as well as four African American roboticists, our list includes the first African American female CEO of a company valued over $1Billion USD. This is just a small step forward, but we’re pleased to announce the recent launch of the Black in Robotics organization, as well as greater recognition of the citation problem.

The citation problem is expected to significantly disadvantage women and people of color due to the historical lack of women followed by the recent growth of large scientific teams, multiplying exclusion. For example, Nature recently published a paper on the impact of NumPy, a significant scientific resource. NumPy was originally developed by many contributors. But the authoritative citation is likely to belong to this description paper, which has 26 authors, all male. [ref Space Australia]

On a positive note, many individuals and organizations intentionally try to reverse this bias. For example, Tulane University just published a guide to help you calculate how much of your reading list includes female authors and a citation guide, similar to the CiteHer campaign from BlackComputeher.org.  And as Bram Vanderborght, editor of IEEE Robotics and Automation magazine pointed out in the March 2020 issue, “Scientists are starting to consider how gender biases materialize in physical robots. The danger is that robot makers, consciously or not, may reinforce gender stereotypes and inadvertently create even greater deterrents for young, underrepresented people interested in joining our field.”

We hope you are inspired by these profiles, and if you want to work in robotics too, please join us at Women in Robotics. We are now a 501(c)(3) non-profit organization, but even so, this post wouldn’t be possible if not for the hard work of volunteers; Andra Keay, Hallie Siegel, Sabine Hauert, Sunita Pokharel, Ioannis Erripis, Ron Thalanki and Daniel Carrillo Zapata.

Want to keep reading? There are 180 more stories on our 2013 to 2019 lists. Why not nominate someone for inclusion next year!

And we encourage #womeninrobotics and women who’d like to work in robotics to join our professional network at http://womeninrobotics.org