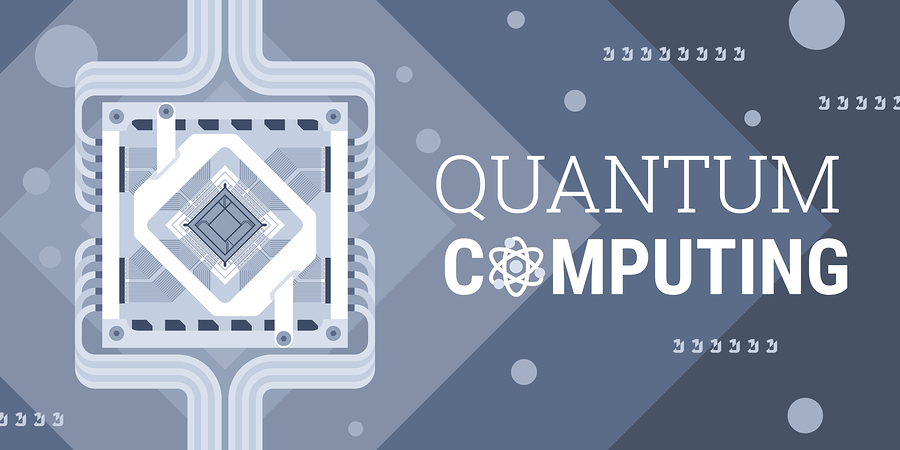 Two weeks ago, I participated on a panel at the BCI Summit exploring the impact of quantum computing. As a neophyte to the subject, I marveled at the riddle posed by Grover’s Algorithm. Imagine you are assigned to find a contact in a phonebook with a billion names, but all you are given is a telephone number. A quantum computer is able to decipher the answer with remarkable speed at a rate of .003% of today’s binary systems require one operation per line of data (in this case one billion).

Last week, Volkswagen announced that it is developing a smart traffic management system using quantum computers with the aim of increasing global transportation efficiency. In the words of Florian Neukart of Volkswagen’s CODE Lab in San Francisco, “We want to gain an in-depth understanding of applications of this technology which could be beneficial to the company, including traffic optimization. Public transport organizations and taxi companies in large cities are highly interested in managing their fleets efficiently. Our quantum-optimized traffic management system could help make that a reality.” Neukart is joined in the effort with an all-star team that includes: Google, quantum computing hardware startup D-Wave, and Swiss-based data analytics firm Teralytics.

According to Alastair MacLeod of Teralytics, today’s supercomputers are not quick  enough to crunch the immense amount of data posed by urban traffic to forecast transportation needs. In order to accomplish this objective, the team of researchers is evaluating current traffic flows using conventional binary computing technologies, then uploading the data via the cloud to D-Wave’s quantum interface for predictive analysis. The next step in Volkswagen’s vision is to simultaneously predict traffic movements and even pedestrian and vehicular destinations. Ultimately, the goal of the German car manufacturer is to create smarter and safer cities that navigate its citizens efficiently around their streets. As MacLeod describes, “In the end, mobility at its highest level is humans moving around in patterns and needing to somehow match the mode of transportation that suits best the trip and the supply of those different modes of transportation for the demand.”

In order to understand the impact of quantum computing on autonomous systems, I reached out to my fellow panelist Dr. Jerry Chow, manager of Experimental Quantum Computing for IBM. Recently, the computer consulting powerhouse announced that it is working with Volkswagen’s competitor, Daimler. According to Chow’s press office, “IBM Q Network partner Daimler AG is working with us to advance the potential use cases of quantum computing for the automotive and transportation industry. Some areas of their research include finding and developing new materials for automotive application through quantum chemistry, complex optimization problems such as for manufacturing processes or vehicle routing for fleet logistics or autonomous/self-driving cars, and the intersection of quantum and machine learning to enhance the capabilities of artificial intelligence.”

When meeting Chow, he reminded me that it is still early in the development of such technologies. It is important to unpack the current offerings within this nascent marketplace, which also include: Google, Microsoft, Intel and a couple of University upstarts. One of the key distinguishing factors is the number of qubits in the system, which simply translate to the size of its memory. For example, a 64-qubit quantum computer can store up to 18 quintillion numbers – coupled with entanglements of parallel processing power and targeted algorithms, this enables such new computing paradigms to perform functions at lightning speeds. This past September, Rigetti (a startup out of Berkeley) opened up its 128-cubit system to the public via the cloud for such complex applications as modelling molecular structures and machine learning. Chad Rigetti expounds, “What we want to do is focus on the commercial utility and applicability of these machines, because ultimately that’s why this company exists,” which has raised already close to $120 million to fulfil this promise.

In the qubit race, Google’s Bristlecone is a distant second with 72 qubits, with IBM and Intel following suit with 49 and 50 qubits, respectively. While D-Wave brags of a 2,000-qubit system, many industry insiders do not consider the Vancouver startup a true quantum system as it leverages “quantum annealing,” which according to Science magazine “produced no quantum speedup,” over traditional binary systems. Adding to the complexity, a true quantum computer requires temperatures of a measure that is colder than interstellar space to necessitate a stationary state for its sub-atomic participles. In contrast, D-Wave’s core operates at -273 degrees celsius or 0.02 degrees from absolute zero.

Many experts believe that IBM offers the most commercially stable available platform via the cloud, as the larger qubit products report greater error rates. According to Dr. Chow’s team, “IBM Q Network has offered access to 20 qubit universal, superconducting quantum computers for about a year. They’re being used for research and industry use cases by Fortune 500 companies, academic institutions, startups, and government labs all over the world.” In addition to Daimler, Chow’s group is engaging with JP Morgan and Samsung. I pressed Dr. Chow about whether he foresees such advanced computing systems being used for reinforcement learning and unmanned systems, like humanoids. His office replied that “It’s possible that within five years, the industry will develop the first applications where a quantum computer, used alongside a classical computer, will offer a benefit to solving specific problems. And some of this research, including ours at IBM, does touch upon machine learning, but at a fundamental level. It’s too early to say what kinds of applications will be used in autonomous vehicles, robotics, or AI, in general.”

The future of these post-binary systems may depend largely on two fundamental factors: money and user adoption. Earlier this Fall, Congress proposed a $1.3 billion investment to accelerate federal programs for a National Quantum Initiative with the White House convening a Quantum Summit last September. This action is in response to China’s announced $10 billion spending plan to build a national laboratory for quantum science scheduled to open in 2020. The European Union in 2016 allotted a $1 billion for the continent’s own quantum-research initiative. In addition, developer kits are freely available online today, ironically accessed through binary computers. Dr. Chow enthusiastically encouraged the BCI Summit audience to start kicking-the-tires of IBM’s  SDK, Qiskit, in the hopes of expanding its library of applications (a list of other simulators and developers kits are available on the quantum wiki).

Join the next RobotLab forum discussing “Cybersecurity & Machines” to learn more about quantum computing and the future of encryption with John Frankel of ffVC and Guy Franklin of SOSA on February 12th in New York City.