On June 17, 2013, Astronaut Chris Cassidy successfully drove a K10 rover on earth, via remote connection from the Surface Telerobotics Workbench on the International Space Station, showing that robots deployed to explore Mars or the far side of the moon could be remotely controlled by astronauts in space during future deep-space missions. Telerobotics, which involves human operators remotely controlling robotic arms, rovers and other devices in space, is one means of reducing risk in dull, dangerous or dirty tasks as humans explore space.

NASA has a long history of playing for high stakes; think of the 7 minutes of terror Curiosity descent to Mars, Spirit & Opportunity, and indeed, the entire space race. Yet when human lives and millions of dollars in technology are invested, it’s critical to keep risk at a minimum. As part of our series on ‘High-Risk / High-Reward’ robotics, we asked Dr. Terry Fong of the NASA Ames Intelligent Robotics Group, to describe how NASA’s telerobotics initiatives help mitigate risk in space missions. – Robohub Editors Photo credit: Dominick Hart/NASA. NASA’s K10 rover at the Ames Research Center in Moffett Field, California performs a surface survey with its cameras and laser system, and then deployed a simulated polymide antenna while being controlled by an astronaut in space during a June 2013 test.

“Surface Telerobotics” is a 2013 NASA test to examine how astronauts in the International Space Station (ISS) can remotely operate a surface robot across short time delays. This test will be performed during the summer of
2013 and has three objectives:

In planning for future human exploration missions, numerous study teams have proposed having astronauts remotely operate surface robots from an orbiting spacecraft using a low-latency, high-bandwidth communications link. This concept of operations is seen as an effective method for performing surface activities that require real-time human involvement without incurring the risk and cost associated with human sorties. In addition, this configuration would allow high-performance spacecraft computing to be used for high-level robot autonomy (perception, navigation, etc.), thus simplifying the processing and avionics required for the robot. Crew-centric surface telerobotics is considered an option for several possible missions:

If successful, this project will help NASA better understand the key issues, engineering requirements, and costs/benefits associated with crew-centric surface telerobotics. In addition, data collected by the test will inform the design of future ground-based tests, particularly in terms of the key factors that need to be simulated at high levels of fidelity.

Finally, this project will help confirm (or reject) many of the assumptions and hypotheses that have been made by numerous space exploration study teams regarding the technology maturity, technology gaps, and risks (operational and functional) associated with crew-controlled surface telerobotics. 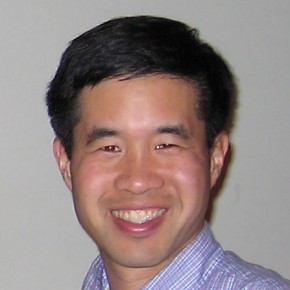 Terry Fong is the Director of the Intelligent Robotics Group at the NASA Ames Research Center and is the manager of the NASA Human Exploration Telerobotics project.

Terry Fong is the Director of the Intelligent Robotics Group at the NASA Ames Research Center and is the manager of the NASA Human Exploration Telerobotics project.