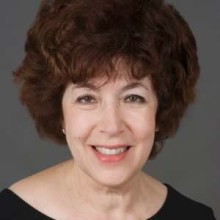 Julie Wosk is a Professor of Humanities at the State University of New York, Maritime College in New York City. Dr. Wosk has published widely on technology, art, robots, fashion, film, design, and literature, and her most recent book is My Fair Ladies: Female Robots, Androids, and Other Artificial Eves (Rutgers University Press, 2015). A story about her book was featured in The Guardian http://www.theguardian.com/technology/2015/jul/13/living-dolls-artificial-women-robots and the book’s website is www.myfairladiesbook.com She is also the author of Women and the Machine: Representations From the Spinning Wheel to the Electronic Age (Johns Hopkins University Press) and Breaking Frame: Technology and the Visual Arts in the Nineteenth Century (Rutgers University Press)-- now available in a new edition, Breaking Frame: Technology, Art, and Design in the Nineteenth Century. She has given several interviews about My Fair Ladies on WAMC/NPR radio and European radio, and is the recipient of the State University of New York Chancellor’s Award for Scholarship and Creative Activities. Her lecture on "Alluring Androids and Robots in Film, Photography, and Art" was taped by PBS Channel Thirteen Television in New York as part of their “Best Lectures in New York” series. She is also a photographer and mixed-media painter whose work featuring images of mannequins and masks has been exhibited at museums and galleries.


›   The obsession with creating ‘perfect female robots’: Should women be worried?