by Kostas Alexis and Andreas Bircher
23 May 2016 Autonomous exploration of unknown environments corresponds to a critical ability and a major challenge for aerial robots. In many cases, we would like to rely on the ability of an intelligent flying system to completely and efficiently explore the previously unknown world and derive a consistent map of it. On top of this basic skill, one can then work on several tasks such as infrastructure inspection, hazard detection, and more.

Our algorithm “Receding Horizon Next-Best-View Path Planning” is a recent contribution towards enabling the key goal of autonomous exploration. It achieves this by sampling finite-depth candidate paths within the environment, selecting the one that maximizes the amount of new space to be explored, and executes only the first step while then repeating the whole process in a receding horizon fashion. By performing multiple iterative steps of this process the space is fully and efficiently explored, and a volumetric representation is derived. Finally, one can afterwards launch a second mission for higher-fidelity surface inspection and more accurate 3D reconstruction of the environment.

The algorithm has been experimentally verified with aerial robotic platforms equipped with a stereo visual-inertial system, as shown in our video:

Finally, to enable further developments, research collaboration and consistent comparison, we have released an open source version of our exploration planner, experimental datasets and interfaces to established simulation tools, including demo scenarios. To get the code, please visit: https://github.com/ethz-asl/nbvplanner/

This research was conducted at the Autonomous Systems Lab, ETH Zurich and the University of Nevada, Reno. 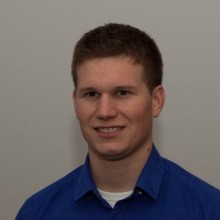 Andreas Bircher is a research engineer at WingTra.

Andreas Bircher is a research engineer at WingTra.