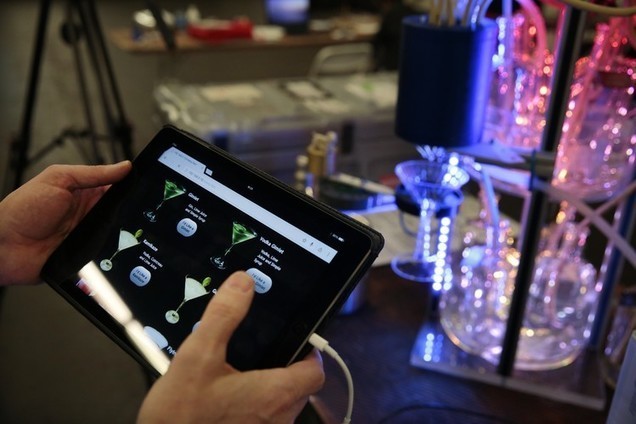 “Most bartending robots are dispensing-machines. I wanted to make mine more than that,” said ThinBot co-creator Kevin Roche, a 54-year-old International Business Machines Corp. research scientist who sported a “Make Drinks Not War” T-shirt at a recent RoboGames competition.

Cocktail robots, as they’re also known, were just one category vying in the “Olympics of Robots,” a competition better known for machines that can tear each other’s heads off.

The bartending niche is more delicate, but it does break into two feuding camps. On one side are the mavericks like Mr. Roche who see these machines more as performance art, profit be damned. On the other side are the pragmatists and would-be tech moguls who see robot bartenders as the next big thing—if only they can work out the kinks, of which there are many.