In the past decade, countries and regions around the globe have developed strategic roadmaps to guide investment and development of robotic technology. Roadmaps from the US, South Korea, Japan and EU have been in place for some years and have had time to mature and evolve. Meanwhile roadmaps from other countries such as Australia and Singapore are just now being developed and launched. How did these strategic initiatives come to be? What do they hope to achieve? Have they been successful, and how do you measure success?

To explore these issues, former Robohub Editor Hallie Siegel and Open Roboethics Institute (ORi) Co-founder and Director AJung Moon invited researchers, policymakers, and industry members who have played a significant role in launching and shaping major strategic robotics initiatives in their regions to participate in an IROS 2017 workshop “Best practices in designing effective roadmaps for robotics innovation” to see what is working, what is not, and to uncover what best practices in roadmap development (if any) might be broadly applied to other regions.

Specifically, the workshop sought to examine the process of how these policy frameworks came to be created in the first place, how they have been tailored to local capabilities and strengths, and what performance indicators are being used to measure their success — so that participants could draw from international collective experience as they design and evaluate strategic robotics initiatives for their own regions.
The highlight of the workshop was a pair of panel discussions moderated by robotics ecosystem expert Andra Keay, Managing Director of the robotics industry cluster association Silicon Valley Robotics.
The first panel — featuring Peter Corke (QUT, Australia), Kyung-Hoon Kim (Ministry of Trade, Industry & Energy (MOTIE), South Korea), Rainer Bischoff (euRobotics AISBL, EU), Dario Floreano (NCCR Robotics, EPFL, Switzerland), Sue Keay (Queensland University of Technology, Australia), and Raj Madhavan (Humanitarian Robotics Technologies,LLC, USA) — was an in-depth discussion of regional differences in roadmap motivation, leadership, and strategy design from the perspectives of government, industry and academia.
The second panel — featuring Raja Chatila (IEEE Global Initiative for Ethical Considerations
in Artificial Intelligence & Autonomous Systems), AJung Moon (Open Roboethics Institute),
Alex Shikany (Robotic Industries Association), and Sabine Hauert (Robohub.org) — covered the ways in which issues such as roboethics, public perception and the fear of job loss due to automation are influencing robotics policy in different regions around the globe.


Lenka Pitonakova was part of the audience and provides her impressions below.

The workshop started with presentations on the process of designing roadmaps for robotics research and development. Individual speakers discussed best practises and problems encountered in their respective countries.

Robotics research is in a very mature stage in the EU. A network of robotics researchers and companies closely cooperate on issues such as using robots in healthcare, logistics, as well as for maintenance and inspection of infrastructure. The partnership between the European Commission, and European industry and academia is called SPARC. Decisions about relevant research areas to fund in the European Commission’s H2020 programme are made in a bottom-up fashion – meaning stakeholders get to influence priority areas for funding. This is done through topic groups in robotics established throughout the EU, which help shape the Robotics Multi-annual Roadmap which in turn shapes the work programme of the European Commission. Public outreach is also very important in the EU. Not only are all funding decisions openly available to the public, researchers are encouraged to perform outreach activities.

One main source of funding in Switzerland currently comes from the NCCR scheme, which is a 12-year programme that started in 2010 and has four target areas: research, technology transfer (especially when it comes to creating start-ups), education and outreach. A part of this programme is also structural change in the research institutions of Switzerland. Since 2010, new robotics centres have been created and many new professors have been appointed. Switzerland takes a very pro-active approach to applied research, and technology transfer is as important for them as research itself. The most important areas of interest include wearable robots, mobile robots for search and rescue, human-robot interaction and teleoperation, as well as educational robots that can teach computational thinking.

Australia is currently behind the Western countries when it comes to automation. This is mostly because there is no overreaching body that could unify different research groups and provide substantial research funding. A plan towards creating a centralised institution to support research is currently being formed and efforts are underway to persuade the government about the importance of investing into robotics. To this end, the ICRA 2018 conference, which will take place in Brisbane, Australia, is an important event for the Australian robotics community. Among the focus areas for future research, mining, manufacturing, defence and healthcare have been identified as the most important.

The government of South Korea has controlled the robotics research focus via the Intelligent Robots Development and Promotion Act since 2008. Every five years, the roadmap for research is re-visited by government experts and new funding areas are identified. The areas of interest include machine learning and big data analysis, human-robot collaboration, development of hardware parts and software platforms, as well as application of robotics in smart factories.

Researchers in India currently do not get much support from the government when it comes to robotics research, although some work on a research roadmap for robotics started in early 2017. However, the lack of government support is not the only problem that India faces. There also seems to be a lack of interest and commitment from individual researchers to unite their efforts and collaborate on a national level.

In a panel discussion that followed the presentations, the following stakeholders in research and innovation were identified:

A crucial factor that influences the interest from government and industry was idenfied: The ability of researchers to provide estimates about the economic impact of their work. Especially in the EU, robotics started growing as a research field when industry became more involved in funding and roadmap creation.

Secondly, it was mentioned that engaging the government and the public is also very important. Because of the ability of government regulations to stop technology from being developed and used, politicians should be engaged with new ideas and with how they will shape the society. On the other hand, end-users, i.e., the public, also need to understand the impact of new technology on their lives, both to encourage the use of new technology and to mitigate fears of its negative impacts. However, engaging all stakeholders and making research and development relevant to all of them is often very difficult because of differences in opinions and long-term goals.

Challenges for adoption of robotics technologies

The second panel discussion focused on challenges for adoption of robotic technologies.

Public acceptance and uncertainty about the impact of technology on well-being of people and society as a whole, as well as the fear of loosing control of autonomous systems, were identified as the most important topics to address. To mitigate these fears, it is useful to provide the public with statistics on how technology impacted jobs in the recent past, as well as to provide well-informed projections for the near future.

It is crucial for scientists to be trained in and to apply best practice in Public communication, especially as the commentary on new technology often comes from the media, where non-experts (consciously or not) misinform the public about the impacts and capabilities of new technology. 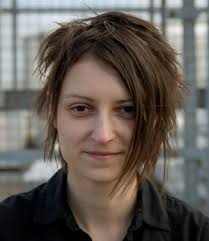