Caring for robots: How assistive robotics may change our homes

Who will care for us in the future? According to many politicians, scientists and market analysts, it could be machines. Machines that will change our diapers, and spend time with us once we are old. As a result, the question of who should be caring for us in the future is stirring up harsh debates on alienation and human nature. However, another type of question remains unasked: If robots should eventually populate society, who will be caring for them? If the vision of care robots becomes reality, we will not only be caring for humans but for robots, too. Or to put it another way: the most important is not whether we want robots or not, but rather, how do we want care with robots to be?

The way we currently envision robots entering our lives reminds me of the German fairy tale “Heinzelmännchen.” In this famous legend, good-natured house elves, the Heinzelmännchen, carry out the domestic work for citizens of Cologne. Nobody has seen them, as they work at night. Only the result of their nocturnal work bears witness to their existence. Our account of robots is quite similar. In policy papers and university brochures, robots are advertised as highly adaptive machines that would adjust to the needs of humans — not the other way around. Like the citizens of Cologne, we believe since the robots’ work is invisible to us, our real (daytime) lives will remain untouched by their presence.

Like Heinzelmännchen, such robots do not exist. The robots that do exist, however, in no way resemble the shape of self-sufficient house elves. Rather, they are in constant need of care, and it is this care – not the robot – that we wish to be invisible when depicting robots as hassle-free house elves.

But, this vision is an illusion. A retired professor who spent his whole academic career in robotics once told me during an interview: “When we design robots”, he said, “we do not build single machines, but a whole infrastructure to make them work.” Our image of robots is misleading because robots do in fact require specific supports according to their needs. Once they leave the laboratory and enter everyday life, our homes will be their homes. Robots do not come during the night and then disappear, they stay. They are infrastructure.

We should care about the presence of robots. Not only because they would care for us, but also because we would have to care for them. More realistic visions of co-existence in a hybrid human-robot world of care are hard to come by. An especially inspiring example of how the future with robots might be more realistically is the project ‘With Robots,’ by London based artist and designer Diego Trujillo-Pisanty. He imagines environments of care as robot friendly surroundings in which daily objects and spaces adapt to the robot. Symbols indicate the nature of everyday things such as blankets, and thus, telling the robot how and where to grab it (see Figure 1). Normally, due to their soft texture, this is a nearly impossible task. Other examples include pre-cut pieces of meat (see Figure 2) or similar types of prepared food which takes particular types of work off the robot. Figure 2, cut meat from With Robots by Diego Trujillo-Pisanty

From the With Robots website: “One common argument for humanoid robots is that as our homes are based around the scale and form of humans it is logical that robots operating in this space should be based on the same form. With Robots approaches the issue from an alternative perspective looking at how our homes and objects might change in order to accommodate the needs of robots.”

The bottom line is this: Human habitats are messy, hostile places for robots. All these measures show how homes can be reconfigured in to make it a home for robots. To be clear: I am not arguing against robot-based care. Instead, I am adding another lens to our inventory of imagination and stories about desirable robo-futures. On the one hand, robots do not appear to be magically powerful beings but are rather fragile and in constant need of care. On the other, their actions are not at all invisible but is likely to transform our everyday environments. The understanding of this mutual dependency of robots and humans gives us the possibility to shape our relation with technology. If we followed the speculative lense of Trujillo-Pisanty and shifted this focus to the robot’s side as well, we would gain new insights into how technology could change our lives.

This is, of course, an experiment. As I mentioned previously, ultimately the most important question is not whether we want robots or not but rather how we want care with robots to look like. This new lens opens up the possibility to imagine alternative ways of dealing with our technological existence. In a society where technology permeates our daily lives as it has never been the case before we cannot just care for ourselves. If we care for ourselves, we should care for robots. 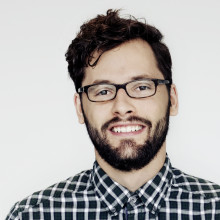 Benjamin Lipp is junior researcher and doctoral candidate at the Friedrich Schiedel Endowed Chair of Sociology of Science at the Technical University of Munich (TUM).

Benjamin Lipp is junior researcher and doctoral candidate at the Friedrich Schiedel Endowed Chair of Sociology of Science at the Technical University of Munich (TUM).