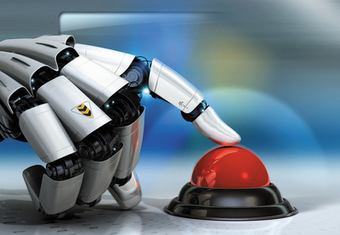 In the late nineteenth century, the United States was awash with the racist term ‘yellow peril’. Fears spread that Chinese immigrants working in the country’s mines and building its railways would seize more jobs from the citizenry. Today, there is a similar collective fear, this time about a ‘singularity’ in which artificial intelligence (AI) and robots surpass human abilities. In May 2014, for instance, physicists Stephen Hawking, Frank Wilczek and Max Tegmark, with computer scientist Stuart Russell, warned in the newspaper The Independent: “Success in creating AI would be the biggest event in human history. Unfortunately, it might also be the last”.

Surprising advances are being achieved, for example in ‘deep learning’ — a method for approximating complex functions using thousands of numerical parameters. And robots are evolving, with advances in 3D sensing and mapping. But progress is not nearly as steady as some claim. Three books explore the topic from different perspectives. All suggest that robot superiority faces a formidable obstacle: human psychology.

Hallie Siegel’s insight:
I recently interviewed John Markoff about his new book – watch for that on Robohub soon.