Daniel H. Wilson on “If you could enhance yourself by some robotic accessory or implant, what would it be?”

The potential of robotic implants is limitless, but I am not interested in super-human powers. Instead, I’d be happy with human powers, and in particular the ability to remember. Growing up, I would read a used book and then sell it back to the store with the mistaken notion that I had copied the book into “the vault” of my mind. That was true while I was hot out of the gate, but after awhile, well, I don’t remember forgetting half of what I read and learned.

And that’s why I would consider adopting a type of neural implant called a “memory prosthetic.” Future versions of these implants could improve short-term memory retention and also help with the transfer of short-term memory to long-term. Implanted, my experiences could be finally be locked away safely in my brain, instead of being allowed to dribble slowly out of my ears over the decades. In thirty years I don’t want to have hard drives teeming with photos of forgotten trips, or scrap books stuffed with my kids’ childhoods, or your name hovering on the tip of my tongue. All I want, you see, is what’s mine. 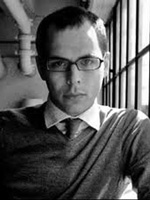 Daniel Wilson is the author of the New York Times bestselling Robopocalypse and seven other books.

Daniel Wilson is the author of the New York Times bestselling Robopocalypse and seven other books.