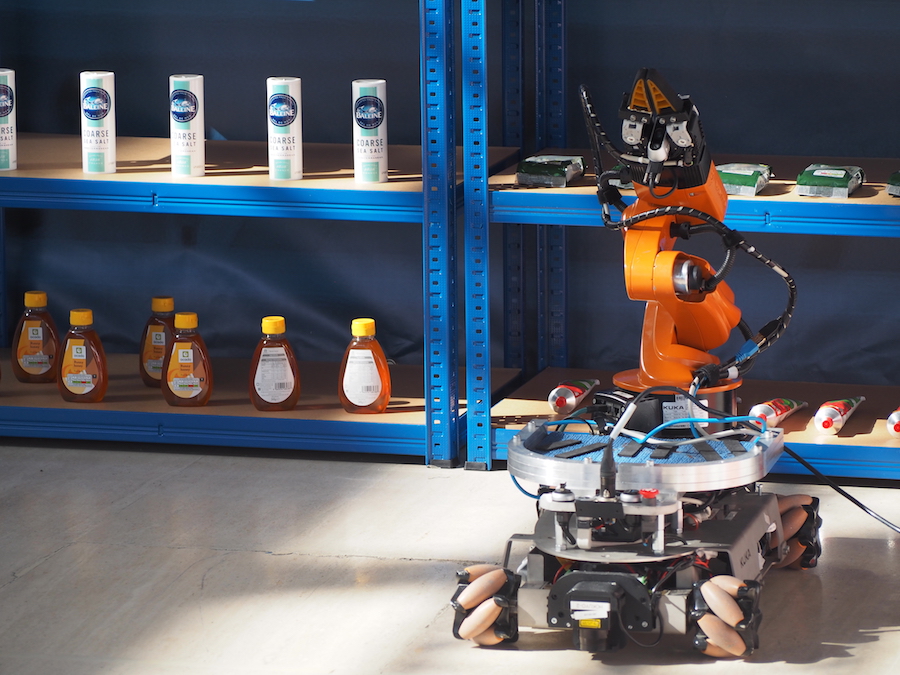 The ERL Smart Cities Robotics Challenge 2019 takes place from 17-21st September in Milton Keynes, United Kingdom. Funded by the European Commission under the SciRoc Horizon 2020 project, this new challenge of the European Robotics League (ERL) focuses on the role of robots in smart cities. The competition includes five different episodes or scenarios under three categories: human-robot interaction & mobility, emergency and manipulation. On the second day of the competition teams kept working on improving their scores to secure a place in the finals.

Manipulation
The SciRoc episodes under this category require robots to achieve manipulation tasks, applying some of the task benchmarks (TBMs) of the ERL Professional and the ERL Consumer Service Robots leagues. The episodes are open to robots able to navigate, and equipped with arms and/or effectors for the manipulation of objects. The episodes in which teams can participate are: Shopping pick and pack (E07) and Through the door (E10).

Episode (E07): Shopping pick and pack
This episode sponsored by Ocado Technology addresses the problem of delivering customised orders in a grocery shop. The customer uses an app on a tablet to select a limited number of items and makes an order. The system processes the order and sends it to the robot that will collect the items from the shop shelves and put them into a delivery area.

The main functionality tested in this episode is mobile manipulation of an autonomous robot, although it also requires object perception. 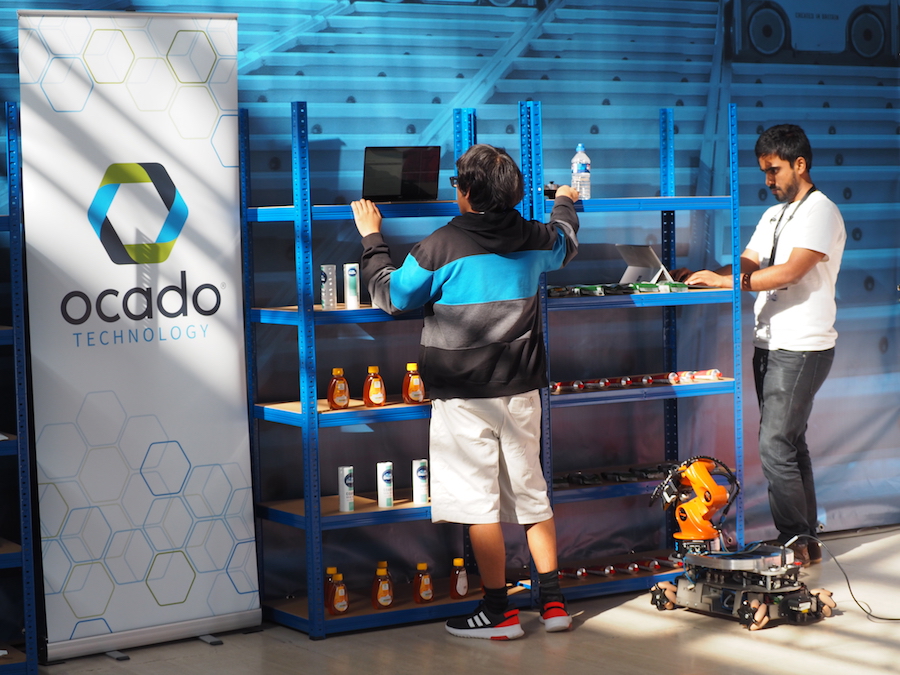 In the latest years, mobile manipulation has become a problem of interest among researchers due to the variety and complexity of challenges and robot capabilities that are involved.

“Different objects need different type of grasping. There is not a universal type of grasping, so robots must know which grasp to use in each case. For this episode we chose a range of packaged products, from deformable objects such as a pack of seeds to reflective objects like a jar of honey or a metallic tube of tomato puree. On the shelves there are rows of the same product, this makes it more challenging for the robot to grab the object without damaging it or the ones surrounding it. It is also important that the robot is capable of understanding if it failed to achieve the task, requiring it to try again” comments Roberto Capobianco, lecturer at the Sapienza University of Rome and lead member of the technical committee of Episode E07.

The competition arena reproduces a grocery shop. It has shelves with products and a delivery area. The role of the robot in this context is to support and provide customers with the deliveries they ordered. It also can assist the shop staff by connecting to the data hub and automatically updating the list of products, take care of stock or check if the shelves need to be refilled.

“Ocado was interested in this episode from the very beginning and contributed actively to the rulebook. They helped us design the layout of the arena to make it realistic and at the same time closer to their idea of how a smart grocery shop could be in the (near) future” explains Capobianco. 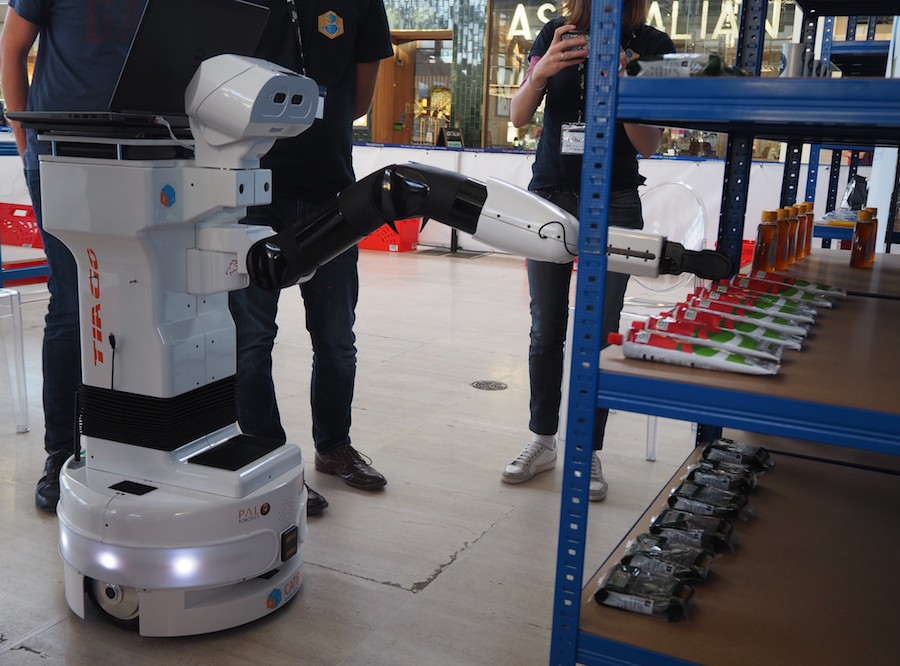 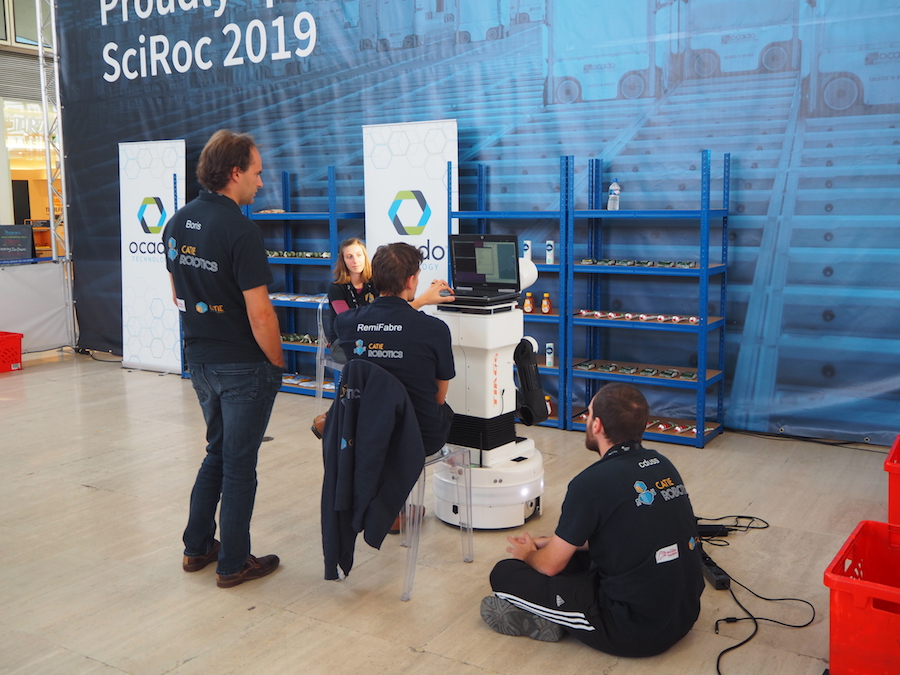 Due to the complexity of the manipulation tasks, only two teams participate in this episode: CATIE Robotics and b-it-bots.
“Yesterday we tested successfully the navigation and taking orders tasks. Today we are focusing on the second part of the episode, which involves detecting the different objects, grabing them and putting them in the red boxes. We expect the robot to be able to complete the full sequence tomorrow” says Clement Pinet, software engineer at CATIE and team member of CATIE Robotics.

Episode (E10): Through the door
This episode aims at evaluating the capability of an autonomous robot to interact with a hinged door. Hinged doors are common in human environments and probably, one of the pieces of engineering most closely matched to human capabilities and limitations. This means that they are easy to use for a standard person but can be difficult or impossible to operate for those who do not match that standard criteria. For instance, people with disabilities, small children, animals and mobile machines such as robots.
“In a long-term view, robots will live together with people in their houses and work in a human environment. It is important that robots can manage things that are common for us, one of those things are doors. If you have a robot at home to assist you, it should be able to open the door to go from a room to another without your help. This episode is interesting for society for this reason, and for researchers because it is a complex manipulation task. The robot has to manipulate an object that has multiple mobile elements that need to be moved at the same time. When we open a door, we move the handle and at the same time we move the door.” explains Giulio Fontana, research engineer at Politecnico di Milano, and lead member of the technical committee of Episode E10.

The main functionality tested in this episode is interaction with physical objects, although navigation and mapping are also required to complete the tasks.

The robots must identify the door, approach it, open it and go through it. In each run the configuration of the handle, the torque (e.g. simulating a small rock behind it or a big box) and the colour of the surface may change; pushing teams to find a more general approach to the problem. 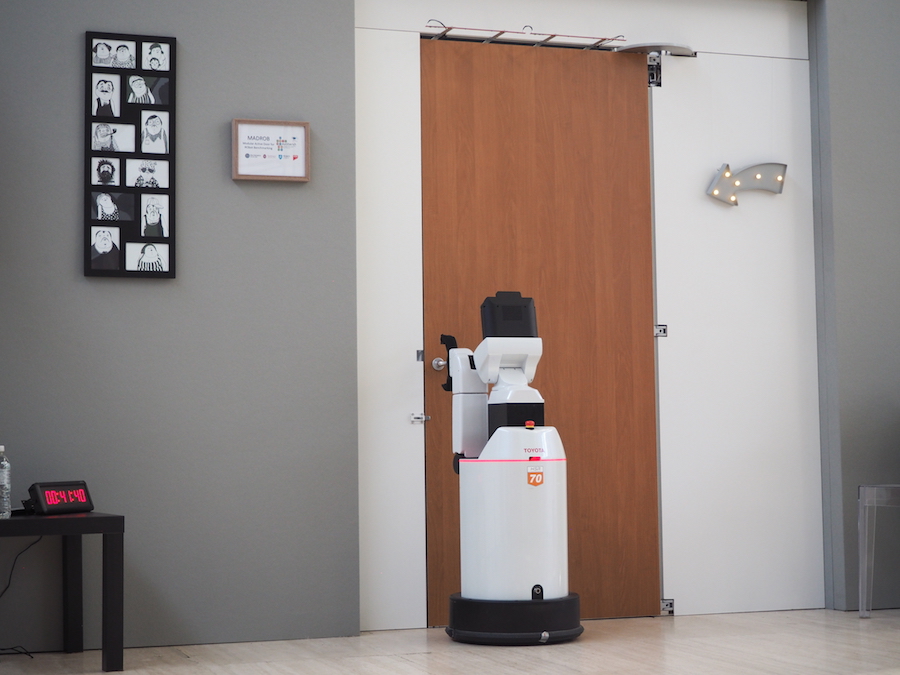 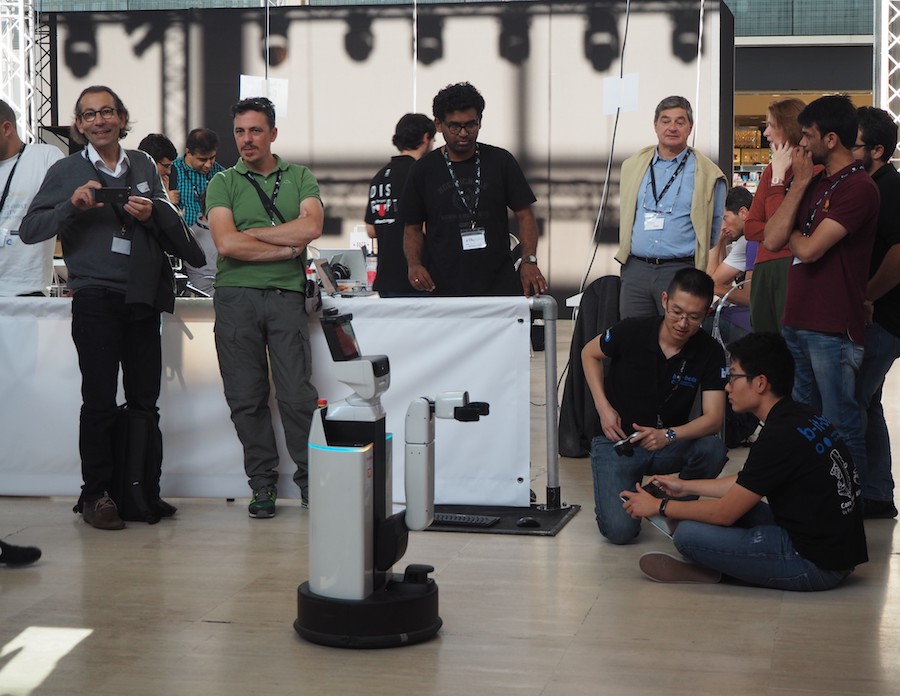 (Top) The Toyota HSR robot attempts to grab the door handle. (Bottom) Team b-it-bots setting up to participate in the episode “Through the door”. Photo: European Robotics League

Minh Nguyen, master student at the Hochschule Bonn-Rhein-Sieg and team member of b-it-bots comments “The complexity is solving this problem in a general way. There are many sensors involved in the task of opening a door: vision, tactile, force torque, etc. and humans have a background knowledge of how to open doors or operate them. We have been interacting with different types of doors all our life. Getting information from the interaction between the robot and the door will help us to better integrate all the different aspects necessary for opening it.”

The “Through the door” episode is funded by EUROBENCH Horizon 2020 project with the aim to contribute and consolidate a benchmarking methodology for human-centred robots such as prostheses, exoskeletons and humanoids. Researchers and engineers behind the Modular Active Door for RObot Benchmarking (MADROB) have developed a task benchmark (TBM) that can also be used within the benchmarking at competitions of the European Robotics League.

“For the SciRoc challenge we use only the motion control part. The sensor part is tailored to the requirements of EUROBENCH and is not used in this competition” says Fontana.

Martino Migliavacca, CEO of Nova Labs, a spin-off of the Artificial Intelligence and Robotics laboratory of Politecnico di Milano and partner in MADROB, explains how the sensors on both sides of the door work. “We measure with sensors the distance to the floor, so we can know if the robot has gone through the door or not. In this image you can see the signal of a sensor located above the door handle, the drop on the signal means that a robot or a person has gone through the door.” 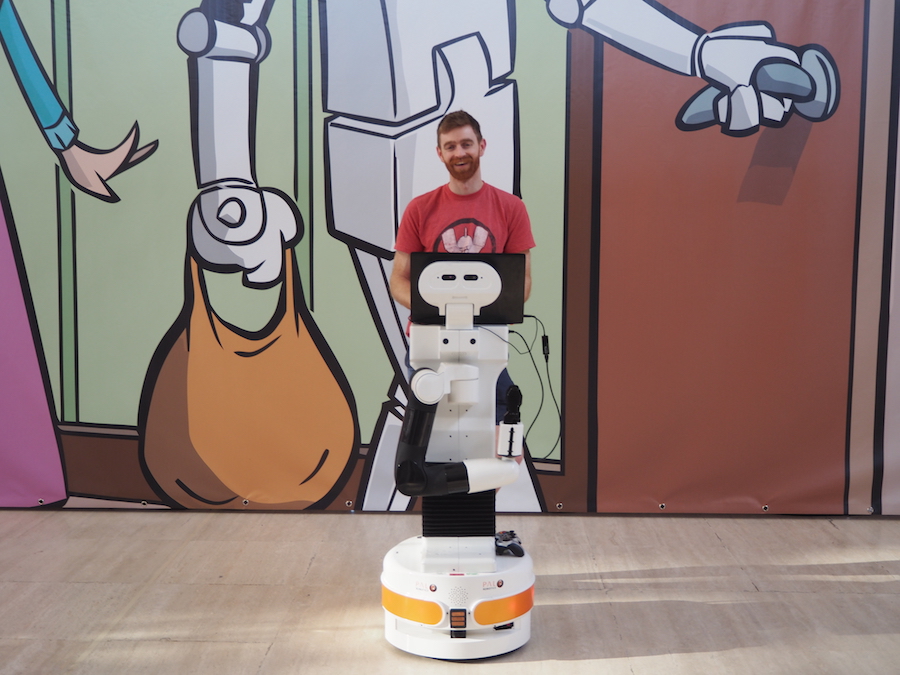