The robots in Ex Machina: VFX Q&A with Andrew Whitehurst

Ever since Fritz Lang’s 1927 film Metropolis, the concept of a robot with artificial intelligence has held movie audiences in thrall. Now, as the science fiction dream of AI becomes ever-more plausible in the real world, so a new generation of filmmakers has begun to explore its tantalising possibilities. The latest addition to this recent crop of AI movies – which includes Caradog James’s The Machine and Spike Jonze’s Her – is Ex Machina. Written and directed by Alex Garland, the film introduces young computer coder Caleb (Domnhall Gleeson) into an experiment designed to establish whether sexy and cerebral android Ava (Alicia Vikander) is truly self-aware.

Vikander’s on-set performance as Ava was meticulously preserved during the post-production process. While much of her body was replaced by a digital counterpart, Vikander’s face and hands were retained throughout. The result is a seamless blend of live-action and CG animation that remains convincing in a film characterised by long takes and intricate dialogue.

The production visual effects supervisor for Ex Machina was Double Negative’s Andrew Whitehurst, who was assigned to the project for around 16 months. Under Whitehurst’s supervision, Double Negative delivered over 300 robot shots, with an additional 250 VFX shots being provided by Milk VFX, Utopia and Web FX.

Watch the trailer for Ex Machina:

How did you get involved with Ex Machina?

Double Negative were approached by DNA films and the writer/director, Alex Garland. We quickly worked out that we saw things very similarly, and that we would be able to work together.

How did you divide up the visual effects work among the various vendors?

This is Alex Garland’s feature debut as director. How was he to work with?

An absolute pleasure. Alex is visually very driven, and has a great appreciation of art, comics, film, and games – all of which he brings to bear on his work. He’s a very collaborative director, and we had a great many design meetings in which the two of us did quick sketches with a pad of copier paper and a fistful of Sharpies, to work out design issues. It’s a very fast way of working; it also allowed us make better decisions, because we could rule many things out before working up more finished designs.

Did you previs the film?

No, we didn’t do any previs. It was always very character-led, which meant that the blocking was something that only the actors – working with Alex and the director of photography, Rob Hardy – could do. We had to make sure we could work with anything they decided to shoot. How did you go about designing and developing the character of Ava?

When Alex came to Double Negative, he’d already had some concept paintings done by Jock, who’s an amazing artist. As the film had to come in at a certain budget, we needed to design a character that could be realised for that amount of money.

Once we knew our practical constraints we began to work up painted concepts. We included O-rings and connection studs in the design. They gave us something to track and provided clean edges to roto around, so we could layer in CG behind the in-camera costume. We worked very hard to give Ava a plausible mechanical quality that also had a lot of feminine beauty: the audience had to believe that a human could fall in love with her.

What other sources did you draw visual inspiration from?

The only rule I set for anyone who was working on Ava’s design – including myself – was that we weren’t allowed to look at other robots, especially androids. Instead, I put together a collection of images of Formula One car suspensions, high-end road bicycles, lightweight aircraft airframes, human anatomy and procedural sculpture. These gave us inspiration for both form and materials.

I think that – possibly subconsciously – the design of Ava owes a lot to the French comic artist, Moebius. Both Alex and I are big fans of his work, and even though we didn’t explicitly refer to his images during production, when I look at Ava now I see a lot of Moebius’s influence there. How did you translate the concept art into three dimensions?

We soon reached a point where it was clear that we’d pushed painted concepts as far as they could go, and that we had to start modelling in 3D. We began by building an arm, starting with simplifying human bone shapes and changing pivot points to more mechanical forms. Then we started adding musculature and cabling. Richard Durant and Alexis Lemonis did the majority of the modelling of Ava.

We worked hard to make sure that we designed something which could work practically, which looked like it had the right weight distribution, and which still had “form follows function” beauty. We continually removed pieces that seemed superfluous. The great industrial designer, Dieter Rams, has a motto: “Less, but better.” We constantly kept that in mind. In fact, when the design was 3D-printed for the laboratory set, it did all fit together beautifully. That was a proud moment!

Was it a complex model to rig for animation?

We started rigging Ava as soon as we began modelling, and the rig developed throughout the show – it was still being tweaked right up to the end. Mark Ardington and Fernanda Moreno rigged Ava, with Mark carefully building versions of the rig that could be used by the body track artists to duplicate Alicia’s movement. We also had a higher res version of the rig that could be swapped out at render time; that one had cables, muscles bulging, and all the secondary animation that gives Ava weight.

How did you capture Alicia Vikander’s on-set performance as Ava?

Almost every scene involving Ava features lengthy dialogue shots. So, from the beginning, it was clear that Alicia would need to be on set, and that her physicality would have to drive the performance and give the other actors something to respond to. That immediately ruled out performance capture in post as an approach, so we opted for body tracking.

The majority of the shots in the film are around 200 frames long, with one clocking in at 1600 frames. It was a huge challenge to track them as the precision needed to be maintained throughout. It really was a herculean effort by all involved.

Additionally, the film was shot using Xtal Express anamorphic lenses which, whilst beautiful, provided a number of challenges to the tracking artists. The lens distortion was often not even, and changes in focus could radically change the lens geometry. Alex Maciera led the tracking team and I think it’s no exaggeration to say that body tracking Ava was the hardest task on the show.

Describe the workflow for a typical shot in which Ava appears.

Our approach to most Ava shots was to allow Alex, Rob and the actors to shoot what they wanted on set. When a set-up was completed, we would step in and shoot HDR lighting reference with bracketed stills, and shoot clean plates for the shot with the main unit camera.

In post, this allowed us to rotoscope the parts of Alicia we wanted to keep: always the face and hands, often the shoulders and feet too, and sometimes the shorts. Then we used the clean plates to prep out the rest of Ava, giving us a plate to composite with.

Meanwhile, camera- and body-tracking gave us a mesh that could be rendered with the HDR lighting captured on set. We used PRMan for rendering.

Finally the CG, the roto, and the clean plate were handed over to the compositing artists to final the shots. The 2D team – under the supervision of Paul Norris – not only graded the CG to perfectly match the plate, but often also did tracking tweaks and stabilisations. They also added the incredibly complex lens distortions, flares, and other optical effects.

It sounds like a lot of work for the roto department. Did you use greenscreens to help with the keying?

Well, the shoot was scheduled to last eight weeks, and we knew that we would be shooting between 15 and 25 set-ups every day. This pushed us to design a character that wouldn’t require heavy amounts of bluescreen or greenscreen on set; at the pace we were shooting at, there just would never have been time to light them properly. In fact, Ex Machina is the first show I’ve done where we didn’t use a single greenscreen.

It’s also worth pointing out that, because the sets had a lot of glass in them, we would often be tracking, prepping, rendering, and compositing several Avas at once. Some shots included as many as three reflections of Ava, in addition to the Ava in front of the camera.

I’m especially proud of the work that was done on the scene where Ava puts on clothes. On set, Alicia dressed herself over the top of the Ava costume. We not only had to prep in the background where Ava’s arms, legs and torso were, but we also had to paint in other details – the back side of the stockings, for example. Greg Shimp did great paint work on those shots.

The lighting in the scene was very subtle, and we ended up adding a lot of additional CG lights to give the look we wanted. Michael Ranaletta composited the shots, dealing with the shifting, shallow focus, and subtle edge treatments around the garments to get everything to sit together perfectly. It’s a such an intimate, delicate scene. It’s a treat when VFX is allowed to make something beautiful.

How do you feel about the film, now that the work is done?

Ex Machina is a really beautiful film. The imagery is – and I realise I’m biased – fantastic. I really believe that this is the result of every department working closely together, helping each other out, and making good practical decisions every step of the way. The collaboration with Alex, the art department, camera, make-up, costume and editorial was exceptionally deep on this show, and I think it shows in the finished result.

If you’re lucky enough to have great crews – as I did at Dneg, Milk, Utopia and Web – then you can make some very beautiful pictures. I’m very proud of all of them.

Special thanks to Sarah Harries and Karl Simon Gustafsson. 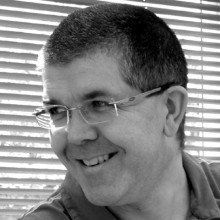 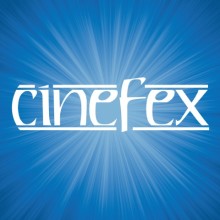