‘It’s a reminder we are making a difference in the world’: Girls of Steel follow up

The Girls of Steel – a competitive FIRST team in Pittsburg, PA – is on a mission to engage more young women into engineering. Over the last few years, we’ve heard what it’s like to be part of an all-girls robotics team and spoke with team’s mentors. Now, we’re following up with the team to talk about their successes and developments since being listed in our 25 Women in Robotics list.

What has changed for Girls of Steel in the last two years?

On the technical side, we created a new subteam called the design subteam. After a team brainstorming session, the team decides on the tasks they want the robot to do. Then design subteam uses suggestions of all the tasks and designs and CADs (using Solidworks) a robot to fit all of their designed requirements. The addition of this subteam has made the team more organized and sped up the building process due to increased accuracy. Girls of Steel changed their mission statement and to make it clearer and less vague. The new mission statement is, “To empower women and girls in the pursuit of STEM by exemplifying female success in robotics”. Our team goals also changed within the last two years. The 2016-2017 goals are:

What are some of your latest accomplishments and achievements?

The team has won multiple awards yearly at regional competitions, which includes: In addition, the team was recognized in 2016 by the North Hills Pittsburgh Branch of the American Association of University Women (AAUW) with the Gateway to Equity Award.

We participated at the first White House Frontiers Conference in Pittsburgh with our “Inspiring Girls Through Robotics” exhibit where we demoed our Chassis Project activity, met other exhibitors and even experienced the simulation of docking a spacecraft to the International Space Station at the Boeing CST-100 Starliner Simulator demo. Here’s a link to a clip of President Obama’s speech at the conference where he mentions Girls of Steel. How did being on the “25 Women in Robotics” list impact the group?

While a lot of the girls that experienced the full impact of the article have now graduated, being mentioned so highly still astounds many members of the team. Even girls who were new members are shocked we were considered to be in the top 25, out of every woman in robotics in 2014. It made a big mark on our community that we were recognized. It truly is a reminder and validator that we matter and are making a difference in the world around us. That is one of the best things that can be said about what we put our time and effort towards. How do you cope with changing membership as girls move on to new study/work opportunities?

At the end of each season, we elect a new Leadership Council for the upcoming year. A form is sent out to the girls asking if they are interested in a leadership position and why they think they would make a great leader. Then a panel of Girls of Steel mentors and alumni conduct interviews for all applicants and discuss and select the leadership council for the upcoming season. To incorporate new girls into our team we hold a new girl orientation meeting, we invite them to come to the leadership council meetings, and we create a group of three girls: returning, new, and junior member, a triad, which gets together during meetings. This creates our sense of team culture – friendly, welcoming, and fun.

As one of our new parents said, “My daughter has found her tribe.”

How important has robotics been to new career options for the team?

Girl of Steel Robotics has increased the interests of many girls pursuing a career in the STEM fields. It also helps develop the skills needed for a variety of careers in STEM. It has given the girls confidence to enter fields that are traditionally male dominant and helps teach them the tools to excel.

What do you want to get out of being in the women in robotics network?

The most rewarding part of being a girl involved in robotics is inspiring other girls and women who are intimidated by the STEM fields. By giving a clear example of female success in STEM, we can encourage other girls to get involved and eliminate the mindset that girls do not belong in male-dominated fields. At Carnegie Mellon University, we also have access to a supportive Society of Women Engineers chapter that is always looking to make connections with other girls.

Do you have anything you’d like to say to other young women?

We would like to tell others: they really can do it! No matter how difficult or intimidating STEM fields seem there is always a supportive network of women ready to support and encourage you in your pursuit of different careers. Also, as a woman, you are more than capable of succeeding in any field you set your mind to!

Read more about the Girls of Steel, here: 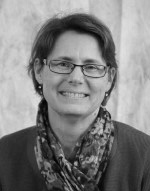