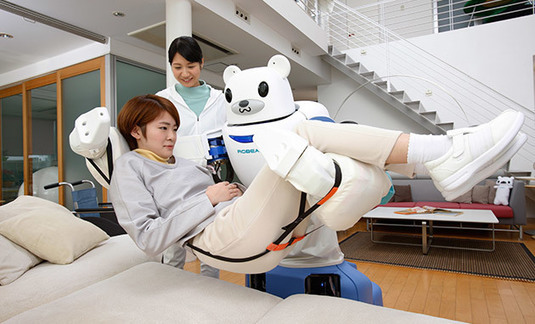 Japan has long been looking at how it might use robots to provide care for the elderly, and with a rapidly aging population, and a birth rate that continues to fall, the issue has taken on growing importance in recent years.

Scientists from RIKEN and Sumitomo Riko Company Limited have found the solution for Japan’s elderly population by developing a new experimental nursing care robot, ROBEAR, which is capable of performing tasks such as lifting a patient from a bed into a wheelchair or providing assistance to a patient who is able to stand up but requires help to do so. ROBEAR will provide impetus for research on the creation of robots that can supplement Japan’s need for new approaches to care-giving.