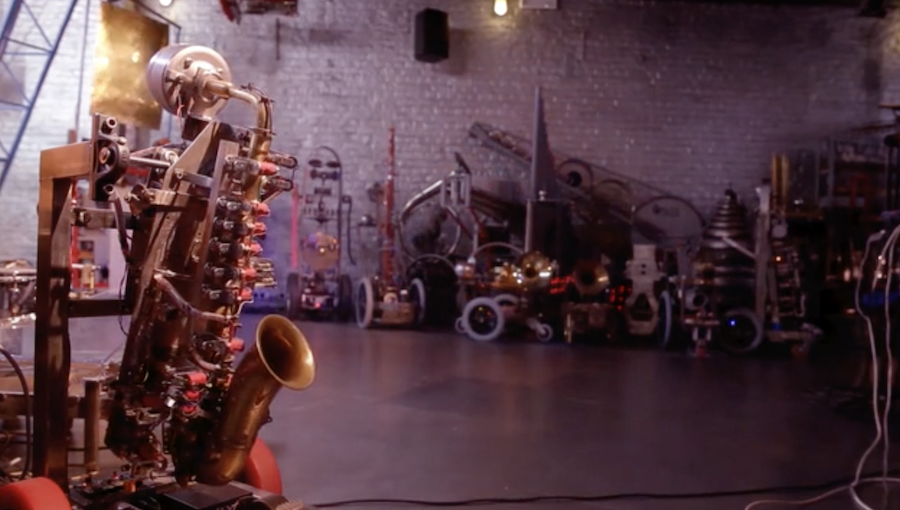 Musica Automata is my new project and upcoming album, containing music written for the biggest robot orchestra in the world. These robots are more than sixty acoustic instruments (part of Logos Foundation) which receive digital MIDI messages that contain precise informations for their performance.

We’re aiming to fund the project through Kickstarter, where you can buy the album in vinyl, CD and digital download. A ticket for an exclusive concert with the robot orchestra is also available to pre-order.

Musica Automata is a multi-sensorial experience where the listener can hear and view where the sounds come from; one can observe the robots and find a precise correlation between the movement of the instrument and the sound perceived. The robot music performance, due to its extreme precision, can often surpass the ability of a human performer and, therefore, introduce completely new expressive possibilities. However next to the precise digital controls, the real performance and acoustic sound of instruments playing in a real acoustic space is preserved. Despite this particular instrumentation, it’s the music that leads the instruments and not the opposite; the emotional impact of the music is still there due to the versatility of the robots, which are not limited to mere artificial reproduction. It’s a performance that comes from a human idea, however devoid of direct human contact with the instrument. This means that the conceived musical idea, once processed and translated into MIDI language, is executed by robots without losing its artistic value in any way.

Here’s an audio preview of the music