Raffaello D’Andrea on the future of robotics Raffaello D’Andrea’s robots can do amazing things: play soccer and ping-pong, perform complex choreographed acrobatics in the air, build towers brick by brick, and move pallets around warehouses. (See the video at his Web site, and check out his TED Talk.)

He also cofounded Kiva Systems, which was acquired by Amazon.com in May 2012 for $775 million with the hope of using the company’s orange robots to move items around warehouses, get products to consumers faster, and lower costs. Robots have reportedly been deployed in Amazon warehouses around the country.

Massimo Russo, a senior partner and managing director in the Boston office of The Boston Consulting Group and the regional leader of the Technology Advantage practice in North America, recently spoke with D’Andrea about the future of robotics.

You’ve developed some amazing robots that play soccer and ping-pong. What novel potential uses for business and society do you see for robots in the future, and where are we liable to see robots next?

In the short term, the biggest impact is going to be from how we make things—how we extract things from the ground (mining, agriculture), how we make things (manufacturing), and how we distribute them. We’re going to see a lot of that innovation find its way into these sorts of realms in the next three to five years.

I still think we’re a ways away from the general-purpose robot in your home that’s going to do your bed, do the dishes, and so on. But I think we will also see in the medium-to-long term an infiltration of automation and robotics in the home.

A lot of your research has been around learning systems and learning robots. Do you see applications of learning algorithms for products such as the driverless car?

One of the biggest advantages of learning and adaptation is that it allows you to create powerful systems that are inexpensive to make. If you try to make a very precise robot, it costs a lot of money. If, however, you relax that requirement to make a machine that right off the bat is high performance, and let it learn and adapt tobecome high performance, it becomes economically viable to deploy such a machine. I think learning and adaptation will have a huge impact on how we make machines.

What has changed over the past few decades, either in terms of the underlying technology or in the economics of robotics, and how do you see robotics changing going forward?

A lot of it is probably best thought of as reaching tipping points. Let’s say you make a robot that could do something and that it costs $1.25 for it to do that, and a person could do the same thing for $1. You’re not going to use that robot. But next year, let’s say it takes 5 cents less to do it, so it becomes $1.20, and then $1.15, and then $1.10. From an outside perspective, you may say there’s no progress being made in this technology. Yet when that tipping point comes, when this robot can do the job for $1 or less, all of a sudden it becomes economically viable and everybody jumps in to adopt it. I think that there has been steady progress in the development of robotics and automation, but I think we’ve just reached various tipping points that will make them, all of a sudden, economically viable to deploy.

What kinds of systems innovations are you seeing? And if you think about this from a company perspective, are there interesting startups or maybe lessons even for the more established robotics players?

One of the neat things that big companies are doing is using robots in a cooperative fashion. A lot of people think that’s been going on for a long time, but actually that’s not true. For example, having multiple robot arms work together to manipulate objects for manufacturing, for installations, and so on—that’s a pretty new development. A lot of the big robotics companies are exploring these ideas—also integrating different types of automation technologies together. I think that’s an exciting development that big companies are mainly undertaking.

With startups, what really gets me excited are the folks who are looking at new ways to think about location and navigation. If we really want robots or autonomous systems to be pervasive, they need to know where they are—not just outdoors but also indoors. A lot of startups are trying to solve this problem by using advances in computer vision—and advances in inexpensive sensors, accelerometers, gyros, magnetometers, you name it—and in the algorithms to fuse all that information together and provide a local awareness for autonomous systems that just doesn’t exist right now.

Your startup, Kiva, was acquired by Amazon. What’s the long-term potential you see for warehouse logistics and management, distribution, and operations going forward?

What’s interesting about Kiva was that in the original business model, the key value that we thought Kiva was bringing to the space was cost. We thought, “Here’s a system that will allow us to reduce the cost of filling orders.” But it turns out that it was many of our secondary value-adds that were really exciting to customers: flexibility, adaptability, and a reduction in human errors. There was the fact that you could set up a warehouse in six weeks instead of two years, and the fact that if you wanted to reconfigure the warehouse, it was easy to do—which you couldn’t do with existing automation. The lesson was that businesses really want flexibility and adaptability.

Do you see applications of Kiva’s technology outside of warehouses, perhaps in more of a manufacturing environment?

There’s been a lot of discussion about big data and companies hiring decision scientists. Are the underlying skill sets very similar, or should companies be thinking about hiring control engineers as well?

The right answer is somewhere in between. You can try to model absolutely everything and never look at data, and try to predict. This is what the Greek philosophers used to do—sit around and try to think of how the world works and forget about observations: “There should be a way to think things through.” That’s one extreme. The other extreme is, “Forget about trying to have any understanding of the physical world, we’re just going to look at data, and the data is going to tell us what causal relationship should take place and how the world works.”

We like to do things in between. We like to have physical models. We like to sit on the shoulders of the giants who have developed all of this understanding about how the world works. But we also like to use real physical data to augment our models, to refine our models, to tell us where our models have deficiencies. The more data you have, the better you can do that. I think there’s a lot to be gained by combining those two approaches. Folks who are only focused on big data—I think that’s limiting. Folks who can only do modeling—I think that’s limiting. You need people who can do modeling and who can work with big data.

Systems are inherently unpredictable and complex when you start connecting them. Do you have any cautionary tales for business leaders about how behaviors could be unpredictable around business systems?

There are many examples of when feedback or interactions with the environments can cause things to go wrong. One example that comes to mind is the Tacoma Narrows Bridge. When this bridge was designed, people didn’t really take into account the interaction of the bridge with a constant flow across the bridge. That caused the bridge to become unstable, and it collapsed. There was Chernobyl, which was basically a system that ran wild and became unstable because of various feedbacks that caused a positive runaway cycle.

Feedback is very powerful, but it’s also very dangerous. You have to be very careful when you start feeding things back without some sort of supervision, because you get unpredictability. It’s a two-edged sword: you want to harness the power, but at the same time you don’t want things to go wrong.

How do you get around that? One, try to understand things before you connect them together and try to predict what could go wrong. You can do that by simply trying to understand the system and trying to reason through it, but also you can make simulation models, agent-based models, you name it. I think that’s the first point. Second, just be cautious. Try things out, and see how it works. For really complicated things, it’s very difficult to prove that something is going to work when interconnected. A lot of times you just have to try it out. 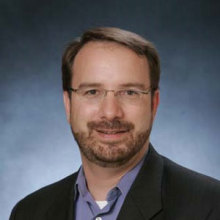 Massimo Russo is a Senior Partner at the Boston Consulting Group and leads BCG's Technology Advantage practice in North America.

Massimo Russo is a Senior Partner at the Boston Consulting Group and leads BCG's Technology Advantage practice in North America. 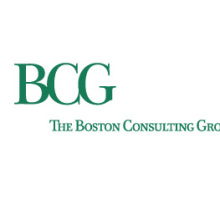