In this lecture series, controls expert Brian Douglas walks you through key concepts in control system theory. Focused on making control theory accessible and intuitive, this series is for anyone who wants to relate control concepts to robotic applications in the real world. This episode uses Braitenberg Vehicles to explore how simple structures can generate complex animal behavior.

“When we analyze a mechanism we tend to over estimate its complexity.” – Valentino Braitenberg – Vehicles: Experiments in Synthetic Psychology

Think back to the last time you saw a cockroach scurry into hiding when you turned on the lights. Perhaps your first thought was to jump on the closest chair and get your feet as far away as possible. But then your second thought, as you watch the cockroach actively seek the shade, might be that it was intentionally trying to hide from you. Or even worse, if it started running toward you that it was coming to attack or scare you off!

Now imagine you want to build a robot that could simulate the behavior of the cockroach. How would you approach its design? It’s obvious that you’d need some kind of light sensor so your robot could tell the bright areas from the shade. But you’d probably also want a camera and image recognition software so it could recognize people or any other object that it deemed a threat. Lastly, once it understands the risk it is dealing with you might program in some fight or flight logic that would tell your robot whether this was a run and hide situation or a stand your ground and attack situation. This would be a complex robot and building complex robots can be hard.

But there is a simpler way to generate the behavior of the cockroach. A way that, as it turns out, might actually be closer to how the neurons are structured and interact inside the roaches brain. And we can demonstrate this method using Braitenberg Vehicles.

Valentino Braitenberg was a neuroscientist and cyberneticist who used very simple electro-mechanical vehicles as a way to communicate how animal psychology could have evolved. His thought exercises, generally referred to as Braitenberg Vehicles, begin as a single sensor connected directly to a single actuator and evolve through multiple iterations into vehicles that can remember, have the ability to predict, and develop an ego.

In this video, we develop a few of these vehicles and use them to explore how simple structures can generate complex animal behavior.

If you liked this lecture, you may also be interested in: 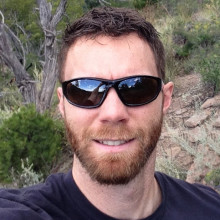