The future of rescue robotics

Current research is aligned with the need of rescue workers but robustness and ease of use remain significant barriers to adoption, NCCR Robotics researchers find after reviewing the field and consulting with field operators. 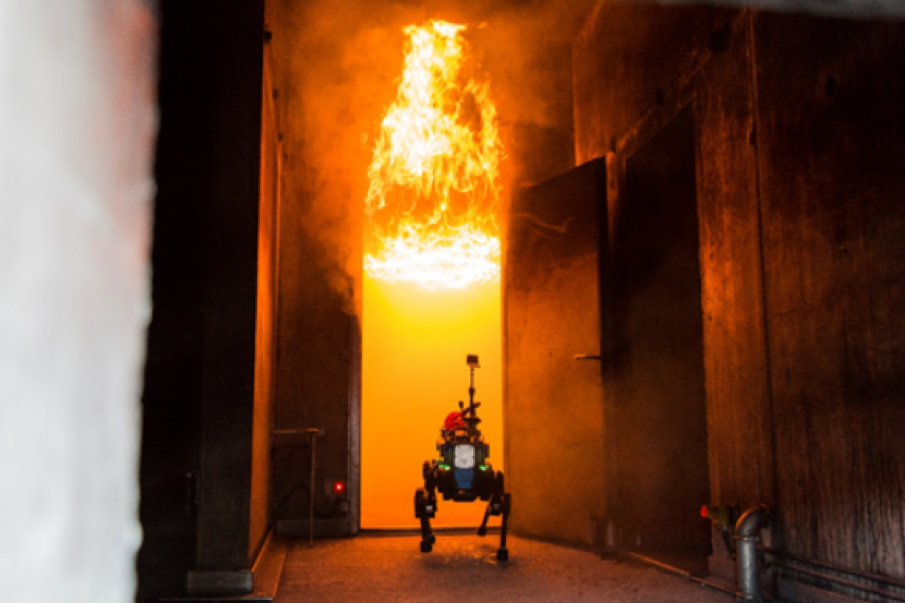 Robots for search and rescue are developing at an impressive pace, but they must become more robust and easier to use in order to be widely adopted, and researchers in the field must devote more effort to these aspects in the future. This is one of the main findings by a group of NCCR Robotics researchers who focus on search-and-rescue applications. After reviewing the recent developments in technology and interviewing rescue workers, they have found that the work by the robotics research community is well aligned with the needs of those who work in the field. Consequently, although current adoption of state-of-the-art robotics in disaster response is still limited, it is expected to grow quickly in the future. However, more work is needed from the research community to overcome some key barriers to adoption.
The analysis is the result of a group effort from researchers who participate in the Rescue Robotics Grand Challenge, one of the main research units of NCCR Robotics, and has been published in the Journal of Field Robotics.

With this paper, the researchers wanted to take stock of the current state-of-the-art of research on rescue robotics, and in particular of the advancements published between 2014 and 2018, a period that had not yet been covered by previous scientific reviews.

“Although previous surveys were only a few years old, the rapid pace of development in robotics research and robotic deployment in search and rescue means that the state-of-the-art is already very different than these earlier assessments” says Jeff Delmerico, first author of the paper and formerly a NCCR Robotics member in Davide Scaramuzza’s Robotics and Perception Group at the University of Zurich. “More importantly, rather than just documenting the current state of the research, or the history of robot deployments after real-world disasters, we were trying to analyze what is missing from the output of the research community in order to target real-world needs and provide the maximum benefit to actual rescuers”. 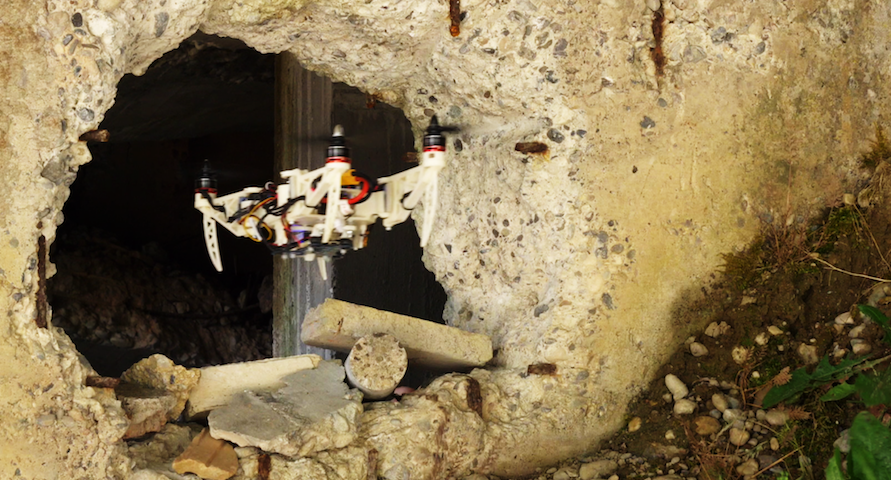 The paper offers a comprehensive review of research on legged, wheeled, flying and amphibious robots, as well as of perception, control systems and human-robot interfaces. Among many recent advancements, it highlights how learning algorithms and modular designs have been applied to legged robots to make them capable of adapting to different missions and of being resilient to damages; how wheeled and tracked robots are being tested in new applications such as telepresence for interacting with victims or for remote firefighting; how a number of strategies are being investigated for making drones more easily transportable and able to change locomotion mode when necessary. It details advancements in using cameras for localization and mapping in areas not covered by GPS signals, and new strategies for human-robot interaction that allow users to pilot a drone by pointing a finger or with the movements of the torso.
In order to confirm whether these research directions are aligned with the demands coming from the field, the study authors have interviewed seven rescue experts from key agencies in the USA, Italy, Switzerland, Japan and the Netherlands. The interviews have revealed that the key factors guiding adoption decisions are robustness and ease of use.

“Disaster response workers are reluctant to adopt new technologies unless they can really depend on them in critical situations, and even then, these tools need to add new capabilities or outperform humans at the same task” Delmerico explains. “So the bar is very high for technology before it will be deployed in a real disaster. Our goal with this article was to understand the gap between where our research is now and where it needs to be to reach that bar. This is critical to understand in order to work towards the technologies that rescue workers actually need, and to ensure that new developments from our NCCR labs, and the robotics research community in general, can move quickly out of the lab and into the hands of rescue professionals”. 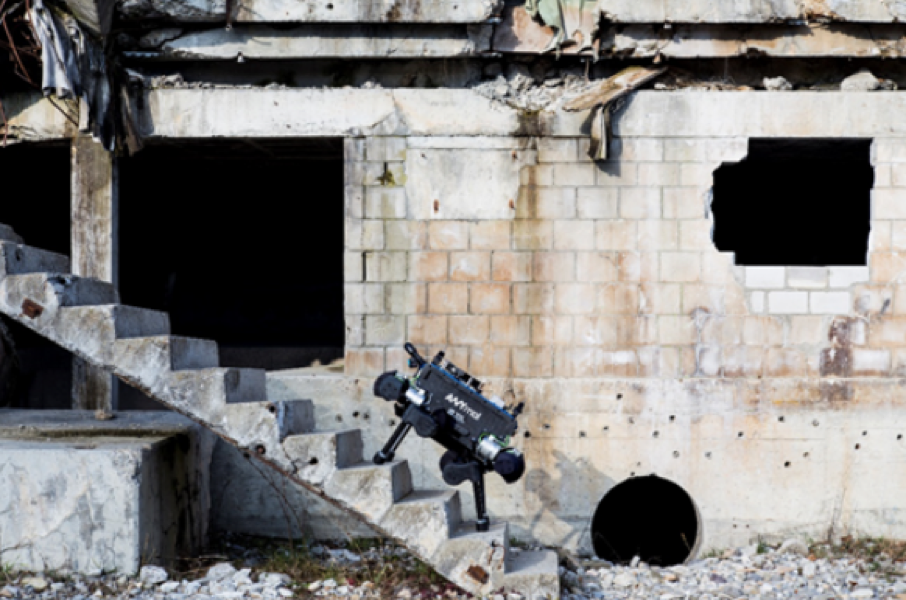 Robotic research platforms have features that are absent from commercial platforms and that are highly appreciated by rescue workers, such as the possibility to generate 3D maps of a disaster scene. Academic efforts to develop new human-robot interfaces that reduce the operator’s attention load are also consistent with the needs of stakeholder. Another key finding is that field operators see robotic systems as tools to support and enhance their performance rather than as autonomous systems to replace them. Finally, an important aspect of existing research work is the emphasis on human-robot teams, which meets the desire of stakeholders to maintain a human in the loop during deployments in situations where priorities may change quickly.

On the critical side, though, robustness keeps rescuers from adopting technologies that are “hot” for researchers but are not yet considered reliable enough, such as Artificial Intelligence. Similarly, the development of integrated, centrally organized robot teams is interesting for researchers, but not so much for SAR personnel, who prefer individual systems that can more easily be deployed independently of each other.

NCCR Robotics researchers note that efforts to develop systems that are robust and capable enough for real-world rescue scenarios have been hitherto insufficient. “While it is unrealistic to expect robotic systems with a high technology readiness level to come directly from the academic domain without involvement from other organizations” they write, “more emphasis on robustness during the research phase may accelerate the process of reaching a high level for use in deployment”. The ease of use, endurance, and the capabilities to collection and quickly transmit data to rescuers are also important barriers to adoption that the research community must focus on in the future.