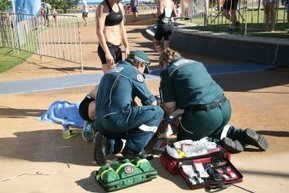 “Mr Abrams said an initial investigation had indicted that someone nearby “channel hopped” the device, taking control away from the operator. Channel hopping is a form of hacking which can render the drone uncontrollable to the original operator. Mr Abrams said it was a deliberate act and it would be difficult to determine who was responsible as something as common as a mobile phone could be used to perform a channel hop.”