Not all robots will take over human jobs. My colleagues and I have just unveiled a prototype care robot that we hope could take on some of the more mundane work of looking after elderly and disabled people and those with conditions such as dementia. This would leave human carers free to focus on the more personal parts of the job. The robot could also do things humans don’t have time to do now, like keeping a constant check on whether someone is safe and well, while allowing them to keep their privacy.

Our robot, named Stevie, is designed to look a bit (but not too much) like a human, with arms and a head but also wheels. This is because we need it to exist alongside people and perform tasks that may otherwise be done by a human. Giving the robot these features help people realise that they can speak to it and perhaps ask it to do things for them.

Stevie can perform some of its jobs autonomously, for example reminding users to take medication. Other tasks are designed to involve human interaction. For example, if a room sensor detects a user may have fallen over, a human operator can take control of the robot, use it to investigate the event and contact the emergency services if necessary. 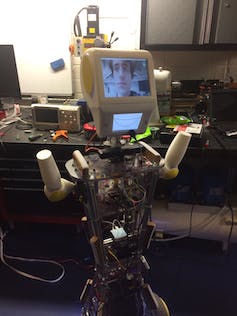 Stevie can also help users stay socially connected. For example, the screens in the head can facilitate a Skype call, eliminating the challenges many users face using telephones. Stevie can also regulate room temperatures and light levels, tasks that help to keep the occupant comfortable and reduce possible fall hazards.

None of this will mean we won’t need human carers anymore. Stevie won’t be able to wash or dress people, for example. Instead, we’re trying to develop technology that helps and complements human care. We want to combine human empathy, compassion and decision-making with the efficiency, reliability and continuous operation of robotics.

One day, we might might be able to develop care robots that can help with more physical tasks, such as helping users out of bed. But these jobs carry much greater risks to user safety and we’ll need to do a lot more work to make this happen.

Stevie would provide benefits to carers as well as elderly or disabled users. The job of a professional care assistant is incredibly demanding, often involving long, unsocial hours in workplaces that are frequently understaffed. As a result, the industry suffers from extremely low job satisfaction. In the US, more than 35% of care assistants leave their jobs every year. By taking on some of the more routine, mundane work, robots could free carers to spend more time engaging with residents.

Of course, not everyone who is getting older or has a disability may need a robot. And there is already a range of affordable smart technology that can help people by controlling appliances with voice commands or notifying caregivers in the event of a fall or accident. 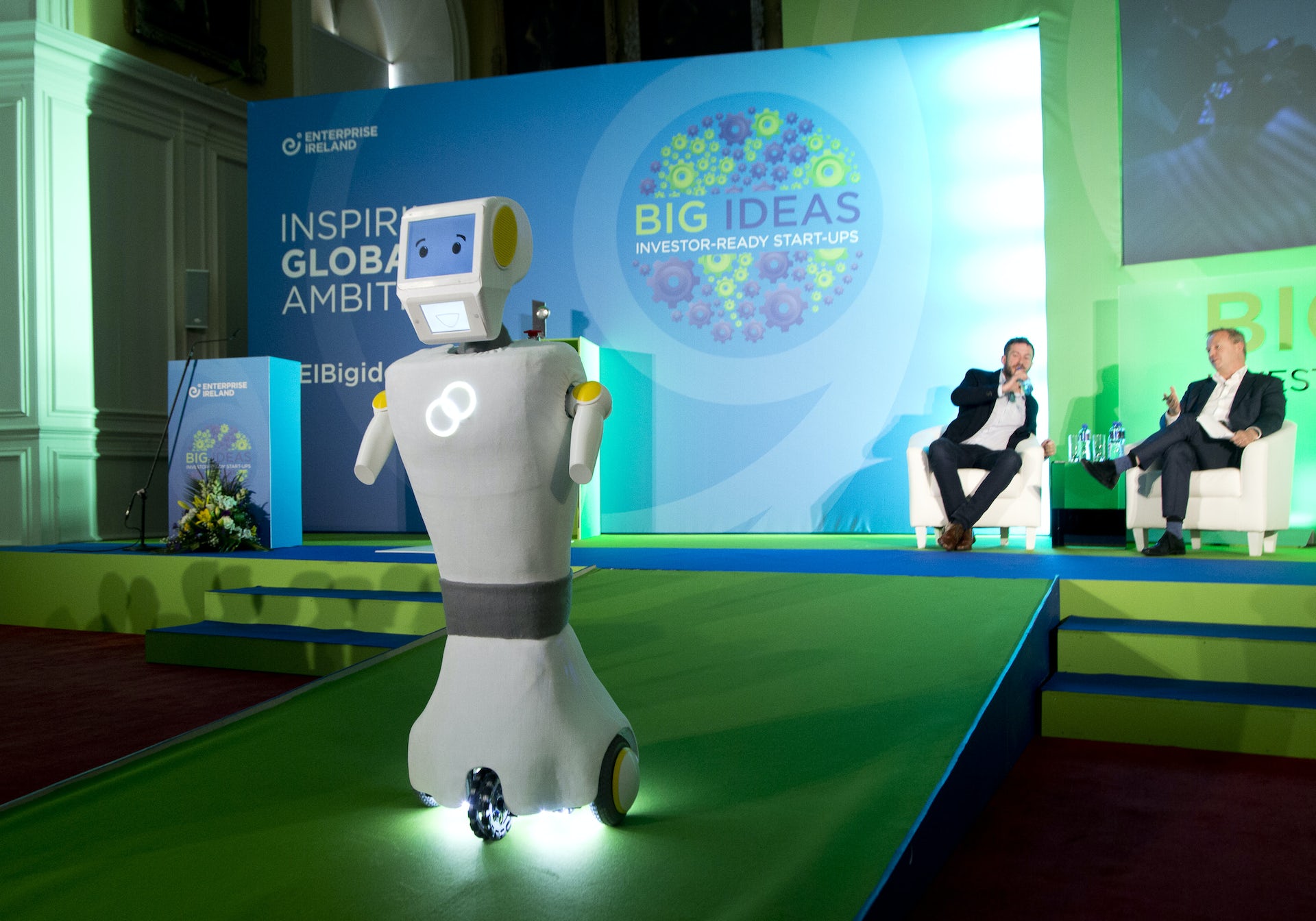 But for many people, this type of technology is still extremely limited. For example, how can someone with hearing problems use a conventional smart hub such as the Amazon Echo, a device that communicates exclusively through audio signals? What happens if someone falls and they are unable to press an emergency call button on a wearable device?

Stevie overcomes these problems because it can communicate in multiple ways. It can talk, make gestures, and show facial expressions and display text on its screen. In this way, it follows the principles of universal design, because it is designed to adapt to the needs of the greatest possible number of users, not just the able majority.

We hope to have a version of Stevie ready to sell within two years. We still need to refine the design, decide on and develop new features and make sure it complies with major regulations. All this needs to be guided by extensive user testing so we are planning a range of pilots in Ireland, the UK and the US starting in summer 2018. This will help us achieve a major milestone on the road to developing robots that really do make our lives easier.