Toys often precede more serious inventions. So, putting judgement aside, and withholding laughs and other “tells”, here are some new robotic toys and gadgets hitting the market this year.

Takara Tomy is introducing AutoMee, a $20 smartphone and tablet-cleaning robot, to the Japanese market in March. AutoMee doesn’t show up on Takara Tomy‘s English website but is prominently featured on the main (Japanese) site. Recognizing edges, AutoMee just keeps spinning and rotating around the surface and has a lens-cleaning paper on it’s underside to enable cleaning. 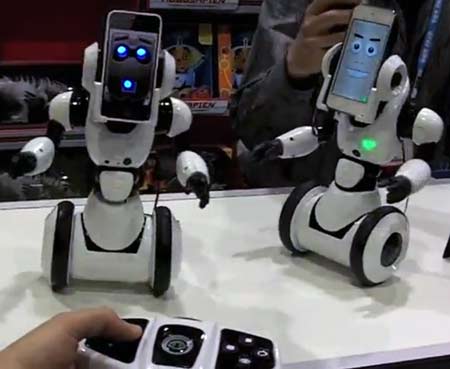 WowWee demonstrated it’s newest robot RoboMe at the 2013 Toy Fair in anticipation of 2013 holiday sales. RoboMe can work in two modes: you can remove the faceplate and replace it with your iPhone or iPod Touch, download, install and initiate an app, and, using graphics, voice and vision, remotely control their RoboMe. It can also operate with a remote control device and the faceplate but without the Siri-like personality. 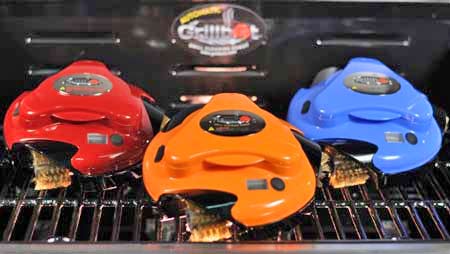 Grillbot is exhibiting at recent housewares, BBQ and foodservice trade shows with their new grill cleaning Grillbots. Using three powerful servos driving three replaceable bristle brushes, the Grillbot can navigate all over the grill scrubbing as it goes and regulating it’s speed and direction. Grillbots will be available early summer for $70. An upgraded model will retail for $100. 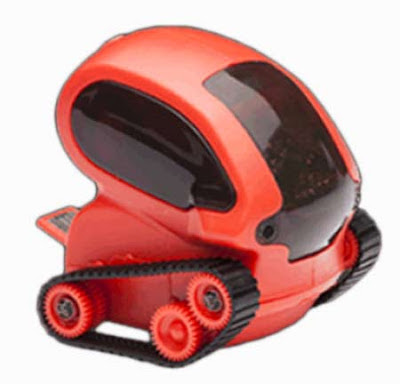 Desk Pets has added Tankbots to their line of inexpensive robotic-like toys. The $30 Tankbot can navigate mazes, avoid obstacles and be remotely controlled with a smartphone or tablet. 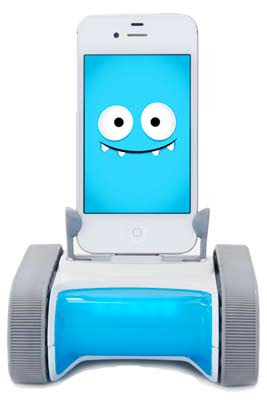 Romotive, the Las Vegas start-up that did so well with their Romo robot, has updated Romo to be far more stylish and faster than the previous model. The new Romo will sell for $149 and start shipping in June. 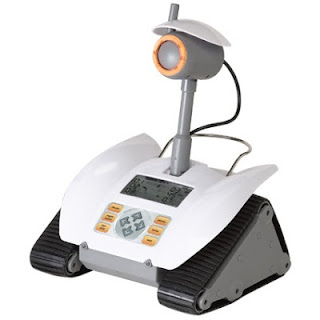 SmartLab Toys has release ReCon 6, a programmable rover selling for $70. It can be programmed to fetch items and speak recorded messages. It’s intended to be an instructional device for kids to learn programming. 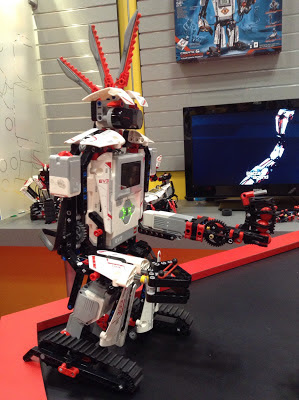 The ultimate learning device, of course, is the Lego Mindstorms EV3 (Evolution 3) which will be released this summer for $434. Kids can build, program and test their programmable robots using motors, sensors, gears, wheels and axles. 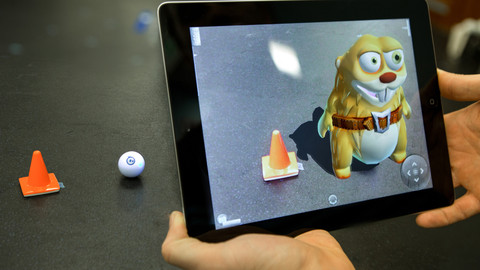 Finally, Sphero is releasing an augmented reality application to enhance the experience of making the Sphero ball move from place to place. Instead of the ball being a ball, it comes to life as a beaver named Sharky with virtual toys and other innovations. The ball costs $130 and the app is free.

Note: This is not a complete list of the toys and gadgets that will hit the market this year, but it is a selection that came across my desk and which shows the breath of that which will soon be available for purchase. If you know of other robotic toys and gadgets, please send them my way. Thanks.