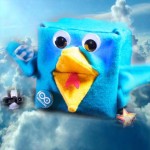 
Erin Kennedy is a maker and app developer. She started building robots when she was 13, with a Lego Mindstorms kit. Since then she has been documenting her quest to build social robots on http://robotgrrl.com. Her main robot, RoboBrrd is an animatronic character designed to help kids learn about robotics. Her work has been featured in her RoboBrrd build-a-long video series, on Instructables (www.instructables.com/id/RoboBrrd/), at several Maker Fairs (Maker Faire NYC Editors Choice Award) and at the weekly Robot Parties she organizes through Google+. Erin also mentors a FIRST robotics competition teams since 2009.