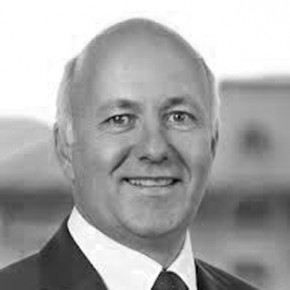 Roland Siegwart (1959) is full Professor of Autonomous Systems at ETH Zurich since July 2006 and Vice President Research and Corporate Relations since January 2010. He received his Diploma in Mechanical Engineering in 1983 and his Doctoral Degree in 1989 from ETH Zurich. He spent than one year as postdoctoral fellow at Stanford University. Back in Switzerland, he worked from 1991 to 1996 part time as R&D director at MECOS Traxler AG and as lecturer and deputy head at the Institute of Robotics, ETH Zurich. In 1996 he was appointed as professor for autonomous microsystems and robots at the Ecole Polytechnique Fédérale de Lausanne (EPFL) where he served among others as member of the direction of the School of Engineering (2002-06) and funding chairman of the Space Center EPFL. Roland Siegwart is a board member of the European Network of Robotics (EURON), and served as Vice President for Technical Activities (2004/05) and is currently Distinguished Lecturer (2006/07) of the IEEE Robotics and Automation Society. Recently he has been appointed as Member of the Swiss Academy of Engineering Sciences and the -Bewilligungsausschuss Exzellenzinitiative- of the Deutsche Forschungsgemeinschaft (DFG). Roland Siegwart's research interests are in the design and control of systems operating in complex and highly dynamical environments. His major goal is to find new ways to deal with uncertainties and enable the design of highly interactive and adaptive systems. Prominent application examples are personal and service robots, planetary exploration robots, autonomous micro-aircrafts and driver assistant systems.

He is also a member of Robohub's Robotics by Invitation panel.

›   Why fostering high-tech innovation and entrepreneurship matters to the economy, and what universities can do about it