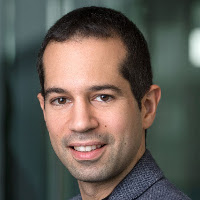 A few days ago, Robotics Today hosted an online seminar with Professor Davide Scaramuzza from the University of Zurich. The seminar was recorded, so you can watch it now in case you missed it.

“Robotics Today – A series of technical talks” is a virtual robotics seminar series. The goal of the series is to bring the robotics community together during these challenging times. The seminars are open to the public. The format of the seminar consists of a technical talk live captioned and streamed via Web and Twitter, followed by an interactive discussion between the speaker and a panel of faculty, postdocs, and students that will moderate audience questions.

Autonomous quadrotors will soon play a major role in search-and-rescue, delivery, and inspection missions, where a fast response is crucial. However, their speed and maneuverability are still far from those of birds and human pilots. High speed is particularly important: since drone battery life is usually limited to 20-30 minutes, drones need to fly faster to cover longer distances. However, to do so, they need faster sensors and algorithms. Human pilots take years to learn the skills to navigate drones. What does it take to make drones navigate as good or even better than human pilots? Autonomous, agile navigation through unknown, GPS-denied environments poses several challenges for robotics research in terms of perception, planning, learning, and control. In this talk, I will show how the combination of both model-based and machine learning methods united with the power of new, low-latency sensors, such as event cameras, can allow drones to achieve unprecedented speed and robustness by relying solely on onboard computing.

Davide Scaramuzza (Italian) is a Professor of Robotics and Perception at both departments of Informatics (University of Zurich) and Neuroinformatics (joint between the University of Zurich and ETH Zurich), where he directs the Robotics and Perception Group. His research lies at the intersection of robotics, computer vision, and machine learning, using standard cameras and event cameras, and aims to enable autonomous, agile navigation of micro drones in search and rescue applications. After a Ph.D. at ETH Zurich (with Roland Siegwart) and a postdoc at the University of Pennsylvania (with Vijay Kumar and Kostas Daniilidis), from 2009 to 2012, he led the European project sFly, which introduced the PX4 autopilot and pioneered visual-SLAM-based autonomous navigation of micro drones in GPS-denied environments. From 2015 to 2018, he was part of the DARPA FLA program (Fast Lightweight Autonomy) to research autonomous, agile navigation of micro drones in GPS-denied environments. In 2018, his team won the IROS 2018 Autonomous Drone Race, and in 2019 it ranked second in the AlphaPilot Drone Racing world championship. For his research contributions to autonomous, vision-based, drone navigation and event cameras, he won prestigious awards, such as a European Research Council (ERC) Consolidator Grant, the IEEE Robotics and Automation Society Early Career Award, an SNSF-ERC Starting Grant, a Google Research Award, the KUKA Innovation Award, two Qualcomm Innovation Fellowships, the European Young Research Award, the Misha Mahowald Neuromorphic Engineering Award, and several paper awards. He co-authored the book “Introduction to Autonomous Mobile Robots” (published by MIT Press; 10,000 copies sold) and more than 100 papers on robotics and perception published in top-ranked journals (Science Robotics, TRO, T-PAMI, IJCV, IJRR) and conferences (RSS, ICRA, CVPR, ICCV, CORL, NeurIPS). He has served as a consultant for the United Nations’ International Atomic Energy Agency’s Fukushima Action Plan on Nuclear Safety and several drones and computer-vision companies, to which he has also transferred research results. In 2015, he cofounded Zurich-Eye, today Facebook Zurich, which developed the visual-inertial SLAM system running in Oculus Quest VR headsets. He was also the strategic advisor of Dacuda, today Magic Leap Zurich. In 2020, he cofounded SUIND, which develops camera-based safety solutions for commercial drones. Many aspects of his research have been prominently featured in wider media, such as The New York Times, BBC News, Discovery Channel, La Repubblica, Neue Zurcher Zeitung, and also in technology-focused media, such as IEEE Spectrum, MIT Technology Review, Tech Crunch, Wired, The Verge.

You can also view past seminars on the Robotics Today YouTube Channel. 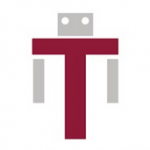 Robotics Today is a virtual robotics seminar series. The goal of the series is to bring the robotics community together during these challenging times (COVID-19).

Robotics Today is a virtual robotics seminar series. The goal of the series is to bring the robotics community together during these challenging times (COVID-19).