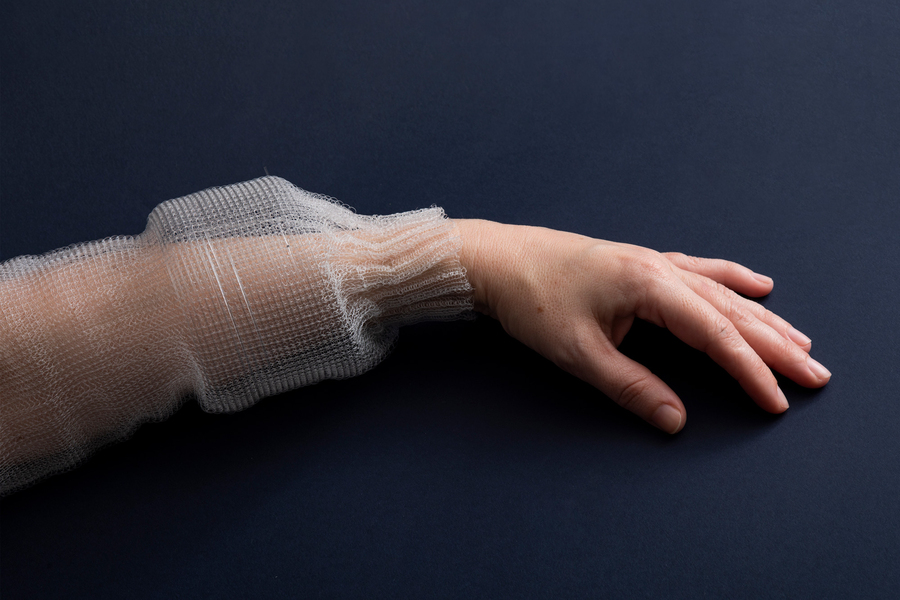 MIT researchers have created the first fiber with digital capabilities, able to sense, store, analyze, and infer activity after being sewn into a shirt.

Yoel Fink, who is a professor of material sciences and electrical engineering, a Research Laboratory of Electronics principal investigator, and the senior author on the study, says digital fibers expand the possibilities for fabrics to uncover the context of hidden patterns in the human body that could be used for physical performance monitoring, medical inference, and early disease detection.

Or, you might someday store your wedding music in the gown you wore on the big day — more on that later.

Fink and his colleagues describe the features of the digital fiber in Nature Communications. Until now, electronic fibers have been analog — carrying a continuous electrical signal — rather than digital, where discrete bits of information can be encoded and processed in 0s and 1s. 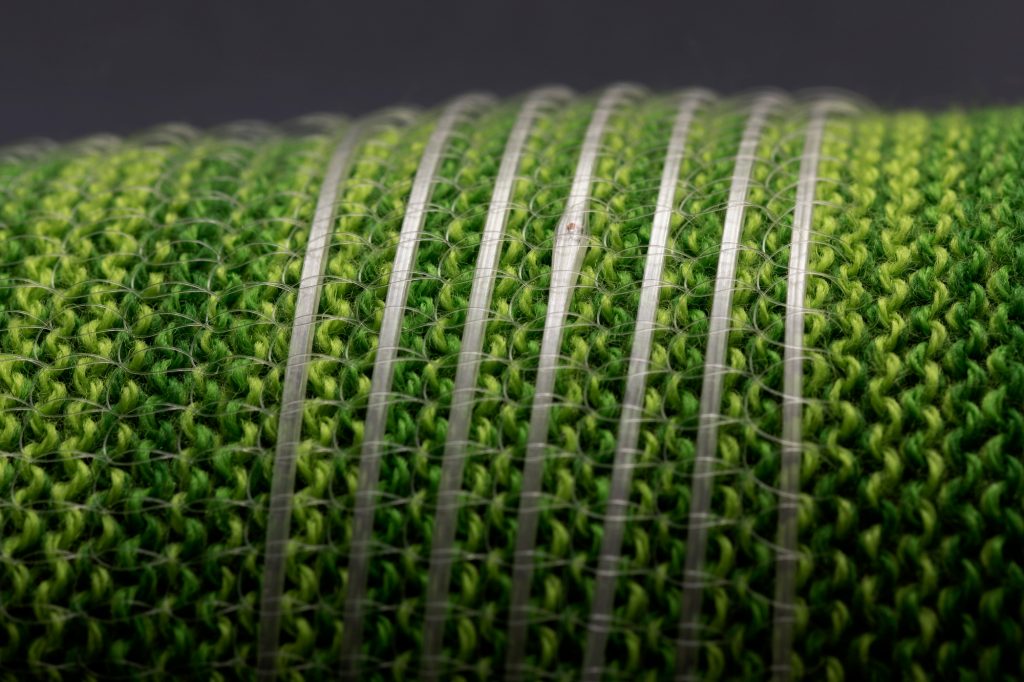 “This work presents the first realization of a fabric with the ability to store and process data digitally, adding a new information content dimension to textiles and allowing fabrics to be programmed literally,” Fink says.

The new fiber was created by placing hundreds of square silicon microscale digital chips into a preform that was then used to create a polymer fiber. By precisely controlling the polymer flow, the researchers were able to create a fiber with continuous electrical connection between the chips over a length of tens of meters. 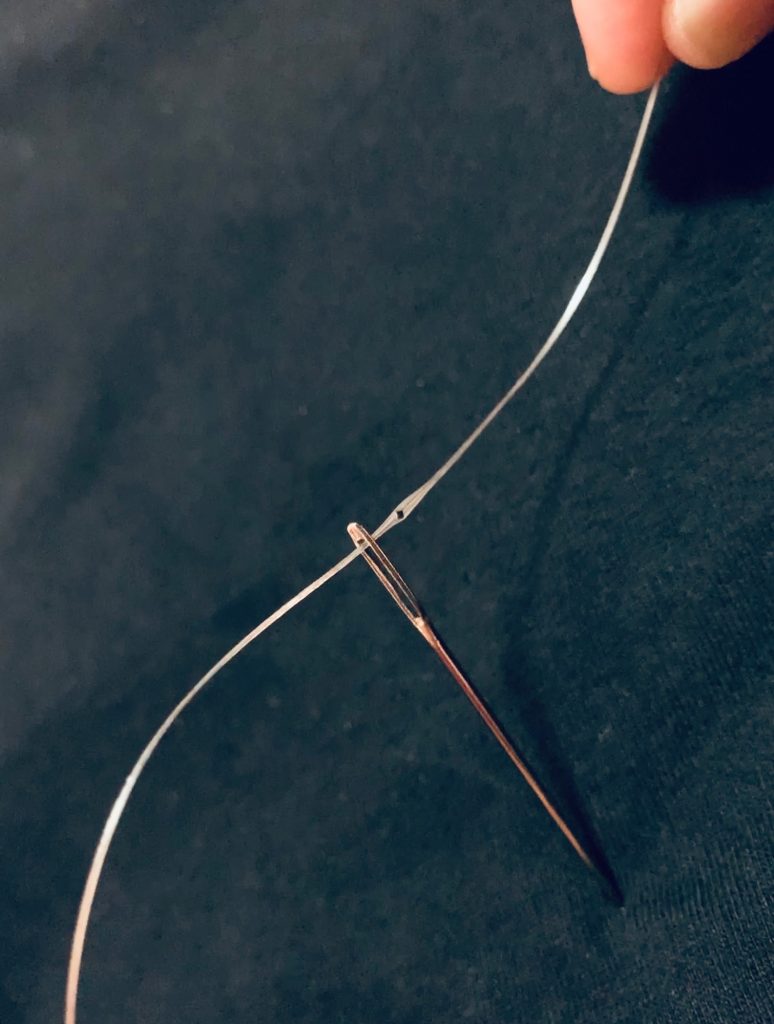 The fiber itself is thin and flexible and can be passed through a needle, sewn into fabrics, and washed at least 10 times without breaking down. According to Loke, “When you put it into a shirt, you can’t feel it at all. You wouldn’t know it was there.”

Making a digital fiber “opens up different areas of opportunities and actually solves some of the problems of functional fibers,” he says.

For instance, it offers a way to control individual elements within a fiber, from one point at the fiber’s end. “You can think of our fiber as a corridor, and the elements are like rooms, and they each have their own unique digital room numbers,” Loke explains. The research team devised a digital addressing method that allows them to “switch on” the functionality of one element without turning on all the elements.

A digital fiber can also store a lot of information in memory. The researchers were able to write, store, and read information on the fiber, including a 767-kilobit full-color short movie file and a 0.48 megabyte music file. The files can be stored for two months without power.

When they were dreaming up “crazy ideas” for the fiber, Loke says, they thought about applications like a wedding gown that would store digital wedding music within the weave of its fabric, or even writing the story of the fiber’s creation into its components.

Fink notes that the research at MIT was in close collaboration with the textile department at RISD led by Missakian.  Gitelson-Kahn incorporated the digital fibers into a knitted garment sleeve, thus paving the way to creating the first digital garment.

The fiber also takes a few steps forward into artificial intelligence by including, within the fiber memory, a neural network of 1,650 connections. After sewing it around the armpit of a shirt, the researchers used the fiber to collect 270 minutes of surface body temperature data from a person wearing the shirt, and analyze how these data corresponded to different physical activities. Trained on these data, the fiber was able to determine with 96 percent accuracy what activity the person wearing it was engaged in.

Adding an AI component to the fiber further increases its possibilities, the researchers say. Fabrics with digital components can collect a lot of information across the body over time, and these “lush data” are perfect for machine learning algorithms, Loke says. 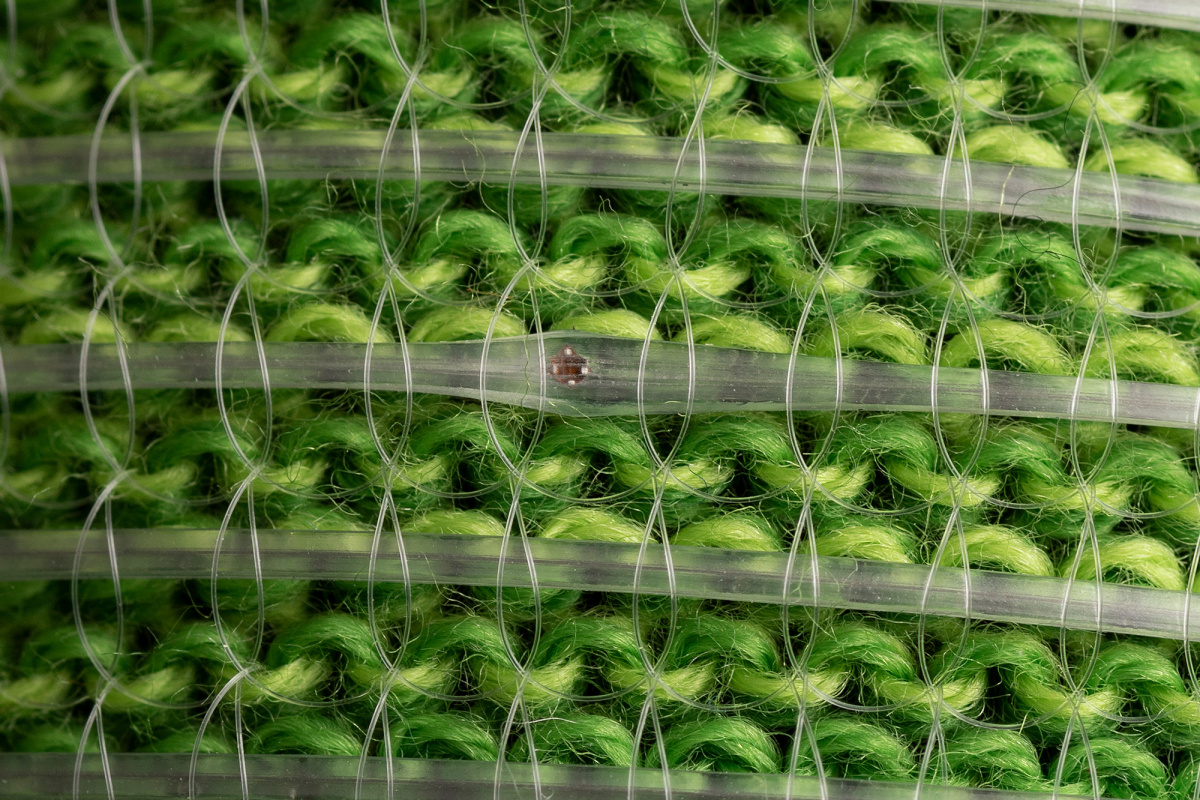 “This type of fabric could give quantity and quality open-source data for extracting out new body patterns that we did not know about before,” he says.

With this analytic power, the fibers someday could sense and alert people in real-time to health changes like a respiratory decline or an irregular heartbeat, or deliver muscle activation or heart rate data to athletes during training.

The fiber is controlled by a small external device, so the next step will be to design a new chip as a microcontroller that can be connected within the fiber itself.

“When we can do that, we can call it a fiber computer,” Loke says.

This research was supported by the U.S. Army Institute of Soldier Nanotechnology, National Science Foundation, the U.S. Army Research Office, the MIT Sea Grant, and the Defense Threat Reduction Agency.