FPV drone racing involves flying a radio controlled aircraft – in this case quadcopters -custom-built for speed and maneuverability, with a pilot’s-eye perspective achieved using a small on board camera transmitting a live feed to head-mounted video goggles.

Known by his online and YouTube handle, Jab1a, Bowles beat stiff competition and more than a few drops of rain to finish first in an exciting and dramatic final that saw the three other finalists, Luke Bannister, Brett Collis and Chi Lau crash out leaving the only remaining competitor – Bowles himself – to steadily, and without pressure, complete the course and take the UK title.

Sixteen year old Luke Bannister – hotly tipped to be a firm favourite on the national and international FPV scene for the future – crashed after hitting a gate on the first lap.  Brett Collis followed suit moments later leaving him in the long grass with third position. Chi Lau took a spin as he crossed the start/finish line on his second lap, sustaining severe damage to a motor arm and second place, leaving Bowles to fly the remainder of the course alone.

Visibly shaking throughout, Bowles’ nerves almost got the better of him, and following completion of the final race it took a moment to readjust to becoming the UK’s best FPV pilot.  ‘My chemicals are going all over the place’ he told Robohub, ‘ I can’t believe it, I don’t know what’s going on, I’m ecstatic!’

The UK event follows on from the US national event in July and many more national events are scheduled. The top three competitors, Bowles, Lau and Collis, automatically qualify for the world finals and will join pilots from all over the world at the World Championships due to take place in Hawaii in the near future. Daniel Waring, a pilot flying for the Sussex FPV Racing and Drone Club won the separate freestyle competition. 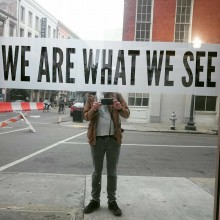 David Stock is a photographer based in London, UK.

David Stock is a photographer based in London, UK.