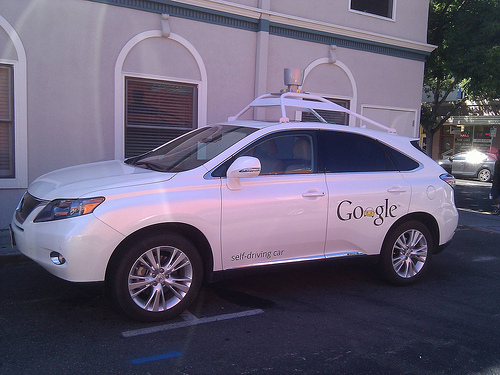 After lobbying by Google, California passes legislation to allow autonomous cars on highways.

Sabine Hauert is Assistant Professor in Robotics at the University of Bristol in the UK. Her research focusses in designing swarms that work in large numbers (>1000), and at small scales (<1 cm). Profoundly cross-disciplinary, Sabine works between Engineering Mathematics, the Bristol Robotics Laboratory, and Life Sciences. Before joining the University of Bristol, Sabine engineered swarms of nanoparticles for cancer treatment at MIT, and deployed swarms of flying robots at EPFL.

Sabine is also President and Co-founder of Robohub.org, a non-profit dedicated to connecting the robotics community to the world.

As an expert in science communication with 10 years of experience, Sabine is often invited to discuss the future of robotics and AI, including in the journals Nature and Science, at the European Parliament, and at the Royal Society. Her work has been featured in mainstream media including BBC, CNN, The Guardian, The Economist, TEDx, WIRED, and New Scientist.