It’s all about fun: Robot startups at Pioneers Festival 2014 The Pionners Festival took place again this year at the Imperial Palace in Vienna, Austria, bringing together startups and investors from all over the world to talk about entrepreneurship and future technologies. While last year’s robotics startups focused on home appliances, aiming to support elderly or handicapped people to organize their household, this year’s startups are set on fun, entertainment, and learning for the young and the young at heart.

Robo develops a kit comparable to Lego Mindstorms but that target a younger audience (age five and up). Blocks of actuators and sensors can easily be assembled, and a graphical programming environment with drag and drop statements can be used to easily generate program flows including loops and conditions. The founders hope to introduce youngsters to robotic programming and nurture logical thinking and creativity. Reach Robotics also focuses on entertainment. Customers can buy a remote-controlled battle robot, and pair their phone using the free app with the robots allowing players to steer and configure the robot in battles. While not strictly about robotics, the machines can improve over time: based on metrics such as damage issued or time played the robots become more powerful allowing more agile movements or faster reactions. Comparable to Anki, Reach Robotics plans to offer different kinds of robots, each with special features and capabilities that allow for different strategies in the field. Unlike Anki, these robots do not require a special track, but can be used in players’ living rooms. Drone startups such as Hexo+ and Fotokite enable drones to take aerial pictures – either by having the drone follow you autonomously as in case of Hexo+, or having the drone tethered to you, as with Fotokite. Xavier de Le Rue, professional snowboarder and co-founder of Hexo+, presented video material filmed with the Hexo+ drone. Hexo+ was funded using Kickstarter. Fotokite is aiming to find its customers in news media – the easily deployed Fotokite should appeal to journalists seeking a simple and safe means of capturing aerial video.

Colibri Labs is yet another drone manufacturer advertising the fastest and longest flying drones. Their small drone reaches speeds of up to 110km/h while their enduring drone flies up to 110 minutes in the absence of payload. Finally, Panoptes specializes in developing lightweight multi-sensor systems for drones. Their systems are designed for tech inspections on energy and industrial infrastructures. 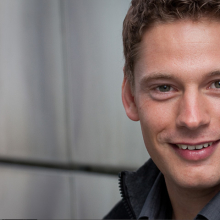