More efficient and safer: How drones are changing the workplace Technology-driven automation plays a critical role in the global economy, and its visibility in our lives is growing. As technology impacts more and more jobs, individuals and enterprises find themselves wondering what effect the current wave of automation will have on their future economic prospects.

Advances in robotics and AI have led to modern commercial drone technology, which is changing the fundamental way enterprises interact with the world. Drones bridge the physical and digital worlds. They enable companies to combine the power of scalable computing resources with pervasive, affordable sensors that can go anywhere. This creates an environment in which businesses can make quick, accurate decisions based on enormous datasets derived from the physical world.

For individuals in jobs that involve lots of time spent traveling to the extremities of where enterprises do business, or to a precarious perch to get a good view, like infrastructure inspection or site management, an opportunity presents itself.

Historically, it’s been a dangerous job to identify the state of affairs in the physical world and analyze and report on that information. It may have required climbing on tall buildings or unstable areas, or travelling to far-flung sites to inspect critical infrastructure, like live power lines or extensive dams.

Commercial drones, as part of the current wave of automation technology, will fundamentally change this process. The jobs involved aren’t going away, but they are going to change.

A January 2017 study by McKinsey on Automation, Employment, and Productivityreported that less than 5% of all occupations can be automated entirely using demonstrated technologies, but two-thirds of all jobs could have 30% of their work automated. Many jobs will not only be more efficient, they are going to be safer, and the skills required are going to be more mental than physical.

Jobs that were once considered gruelling and monotonous will look more like knowledge-worker jobs in the near future. Until now, people in these jobs have had to go to great lengths to collect data for analysis and decision-making. That data can now be collected without putting people in harm’s way. Without the need to don a harness, or climb to dangerous heights, people in these jobs can extend their career.

We’ve seen this firsthand in our own work conducting commercial drone operation training for many of the largest insurers in America, whose teams typically include adjusters in the latter stages of their career.

When you’re 50 years old, the physical demands of climbing on roofs to conduct inspections can make you think about an early retirement, or a career change.

Keeping hard-earned skills in the workplace

But these workers are some of the best in the business, with decades of experience. No one wants to leave hard-earned skills behind due to physical limitations.

We’ve found industry veterans like these to be some of the most enthusiastic adopters of commercial drones for rooftop inspections. After one week-long session, these adjusters could operate a commercial drone to collect rooftop data without requiring any climbing. Their deep understanding of claims adjustment can be brought to bear in the field without the conventional physical demands.

Specialists with knowledge and experience like veteran insurance adjusters are far harder to find than someone who can learn how to use a commercial drone system. Removing the need to physically collect the data means the impact of their expertise can be global, and the talent competition for these roles will be global as well.

Workers can come out on top in this shift by focusing on improving relevant digital skills. Their conventional daily-use manual tools will become far less important than those tools that enable them to have an impact digitally.

The tape measure and ladder will go by the wayside as more work is conducted with iPads and cloud software. This transition will also create many more opportunities to do work that simply doesn’t get accomplished today.

In the past, the value of a building inspection had to be balanced against many drawbacks, like the cost of stopping business so an inspection could be conducted, the liability of sending a worker to a roof, and the sheer size of sites.

The result is a significant data gap. The state of the majority of commercial buildings is simply unknown to their owners and underwriters.

Using drones for inspections dramatically reduces the inherent challenges of data collection, which makes it feasible to inspect far more buildings and creates a demand for human workers to analyze this new dataset. Filling this demand requires specialized knowledge and a niche skillset that the existing workers in this field, like the veterans from our training groups who were on the verge of leaving the field, are best-poised to provide.

This trend is happening in myriad industries, from insurance, to telecoms, to mining and construction.

Enterprises in industries that will be impacted by this technology need to make their preparations for this transformation now. Those that do not, will not be around in 10 years.

Workers in jobs where careers are typically cut short due to physical risk need to invest in learning digital skills, so that they can extend the length of their career and increase their value, while reducing the inherent physical toll. Individuals who see their employers falling behind in innovation have the freedom to pursue a career with a more ambitious competitor, or to take a leadership role kickstarting initiatives internally to keep pace.

There’s no shortage of challenges to tackle or problems to solve in the world.

Commercial drones, and the greater wave of automation technology, will enable us to address more of them. This will create many opportunities for the workers who are prepared to capitalize on this technology. That preparation must begin now. 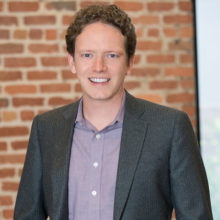 Jonathan Downey is the Founder and CEO of Airware...

Jonathan Downey is the Founder and CEO of Airware...