What about Cloud Robotics?

Generally, a robotics application interacts with its environment using sensors and actuators. This implies that the data produced by the sensors has to be processed and is normally used as feedback to determine the next action. For actions without hard real-time requirements, processing can be moved to the cloud. This reduces the necessary computing power on the robot, which can improve operation duration for mobile systems and may decrease costs. Simplified cloud model: Each robot is connected to its own clone in the cloud (rectangular boxes), which are tightly interconnected with each other and with the databases (circular disks).

Many common high-level robotics tasks, such as planning or mapping, don’t require hard real-time. Mapping, for example, involves storing a reusable description of the environment to allow the robot to localize a landmark or itself. Additionally, maps can be used on a large scale to plan trajectories for moving to a landmark or on a small scale to grasp an object, which in turn might include querying an object database for grasp points to get the best position to grab the object. Because planning can be done ahead of time (i.e. act instead of react), it has no hard real-time constraints.

The advantages of offloading computation to the cloud can be even more pronounced when considering collaborative robot scenarios. For example, sharing data when creating a common map, or negotiating a cooperative plan when performing a common task can be more easily achieved with a centralized architecture with powerful computational capabilities.

RoboEarth allows robots to share knowledge in a centralized knowledge base. This centralized approach has the advantage of avoiding duplicate information and the necessity to constantly exchange newly generated knowledge to avoid duplicate learning. However, to benefit from the full potential of this approach not only requires a centralized storage of knowledge, but also centralized reasoning, i.e. a framework for cloud computation for robots.

On the robot side Rapyuta uses common web protocols that allow access via a web browser. Like rosbridge and ros.js, Rapyuta uses WebSockets for persistent connections and JavaScript Object Notation (JSON) compatible strings for messages. However, because rosbridge provides only a subset of the functionality of Rapyuta the two protocols are not compatible. The main reason for this is that Rapyuta allows the client to interact with more than one ROS environment, i.e. computing environments, over the same connection, which leads to a more complex protocol for Rapyuta.

On the cloud application side the message system defined by the Robot Operating System (ROS) is used. This allows to deploy and run most of the more than 3’000 existing ROS packages (i.e., ROS applications) with minimal to no changes in the RoboEarth Cloud Engine.

Rapyuta is open source. The Rapyuta Alpha release is available on github under the Apache License, Version 2.0.

For more information have a look at the Rapyuta documentation. 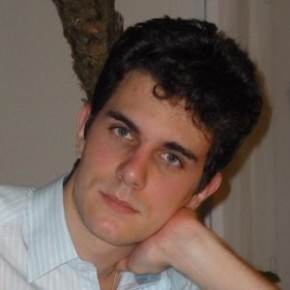