Regulations on civilian drones in the US and Europe, what do they involve? With new markets on the horizon, regulations governing civilian drones are currently being adapted in Europe and the US. What will these new regulations entail? And how well will they protect people and the environment?

The Federal Office of Civil Aviation (FOCA) estimates that more than 20,000 civilian drones are in operation in Switzerland – and this number is likely to rise. Civilian drones are drones for non-military purposes, such as, for example, commercial drones. This promises to be a great economic potential. The European Commission is expecting a turnover of approx. EUR 15bn p.a. and up to 150,000 new jobs in the field of drone technology in the next ten years. In the US, an industrial study anticipates a turnover growth peaking at USD 82.1bn and assumes that about 104,000 new jobs will be created by the year 2015.

Due to strict legal approval regulations, such growth figures were previously out of reach in the US. The US law distinguishes between recreational (non-commercial) and commercial use of drones. For instance, commercial drone flights were only permitted with an exemption. Relaxed provisions will now enter into force as of 29 August 2016. Based on these new regulations the commercial use of drones up to 55 lb (approx. 25 kg) will be possible without a special permit, provided that the pilot has obtained a remote pilot certificate. The new US regulations also contain further restrictions such as the pilot’s obligation to keep the drone in visual-line-of-sight (VLOS), a ban on night flights, a ban on flying above people and the obligation to keep within a maximum flight altitude of 400 ft (121.92 m).

Competition between the US and Europe

The US drone industry criticises that the VLOS requirement will make commercial applications, such as parcel delivery services, unfeasible. In addition, the ban on flying above people will make flights in urban areas impossible. Furthermore, there is a fear that its still strict drone regulations will make the US fall behind Europe in economic terms.

In the EU, unmanned aircraft systems of up to 150 kg are in the member states’ responsibility. This is why there are great differences in regulation among member states. This impairs the spread of commercial use of civilian drones. With the aim of a harmonised EU single market, the EU’s regulations for civilian drones are currently being revised. Initial plans provide that small drones (up to 25 kg) may also fly outside the pilot’s visual range (with a flight altitude of 150 m). However, this will require a “sense and avoid” system, which identifies other aircraft and takes evasive action. Rules to this effect are expected to enter into force from 2018. This promises a competitive edge with regard to the location of technology companies, for in the US, such an adaptation is not being discussed at present.

In connection with the Air Transport Agreement between Switzerland and the EU, European regulations are also significant for Switzerland. For this reason, representatives of the FOCA are actively involved in the drafting of new EU regulations.

In Switzerland, civilian drones of up to 30 kg may be operated without a permit. There is no distinction made between commercial and non-commercial use. Although restrictions such as the VLOS obligation and a ban on flying above people are also applicable in this country, the FOCA grants exemption permits. To obtain such a permit, pilots have to conduct an extensive risk analysis, for example, in order to provide evidence of a sufficient protection of people and the environment. Thus, drone parcel delivery services are only possible with a special permit – like in the US.

Drone pilots will have to register in Switzerland

Currently, the FOCA is looking for solutions to the problem of how to identify pilots flying drones illegally. It is expected that in the future, drones will have to be registered and provided with an ID or a chip. In the US, hobby drone pilots are already obliged to register their drones in a national register since the beginning of 2016. Such a register may be the first step towards the approval of flights beyond visual line of sight (BLOS). However, further technological developments such as marketable “sense and avoid” systems are required for this purpose.

The development of new drone technologies today and in the future requires regulations which allow for tests in real conditions. In an international comparison, Switzerland has liberal drone regulations in this respect. These are responsible for the fact that a significant drone research industry has sprung up around technology centres such as EPFL or ETH Zurich.

However, future regulations must not merely focus on economic aspects. Irrespective of the competition between locations, they must protect people and the environment. Failing that, drone flights will not gain acceptance in the future. 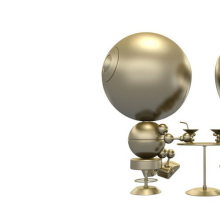 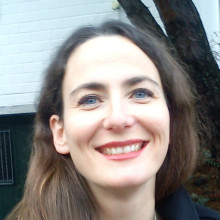 Isabelle Wildhaber is a Full Professor in Private Law and Business Law at the University of St.Gallen.

Isabelle Wildhaber is a Full Professor in Private Law and Business Law at the University of St.Gallen.