In this episode we have an exclusive interview with Dean Kamen, considered by some as the greatest inventor alive. He’s the father of the insulin pump, the Segway and the new Luke Arm prosthesis for amputees. To encourage creativity and to break the stereotypes attributed to scientists, Kamen created FIRST which is attracting kids from around the world to robotics competitions. Finally, in the spirit of invention, we want to know what you think is the best invention of all times. We’ll be giving away our favorite invention, some of Switzerland’s finest chocolate, to what we think is the most creative response. Be sure to post your thoughts in the forum! 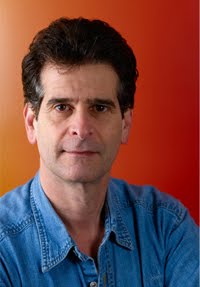 Dean Kamen is an inventor who changes lives. As a starting point for most of his ideas, there is a clear belief that some things just SHOULD exist. That’s why he didn’t even wait to finish college to invent the first wearable infusion pump, which rapidly gained acceptance from such diverse medical specialties as chemotherapy, neonatology and endocrinology. Based on this idea he created a company that went on to invent the first insulin pump for diabetics. After selling this company to Baxter International Corporation, he formed DEKA. Take the first two letters of his first and last name and you get the company facade for his crazy ideas.

Products rolling out of DEKA include the iBOT, an all-terrain electric wheelchair whose technology paved the way for the Segway, the Luke Arm prosthesis and systems to bring clean water and energy to people in need.

However, not only is Kamen inventing, he is also passionate about creating inventors through FIRST which is a framework for robotic competitions reaching 196’000 kids around the world from age 6 to high-school. The 17’594 teams participating are split into four categories with the Robotics Competition, Tech Challenge, two LEGO Leagues, and a league for young kids. Through these competitions, Kamen hopes to put the spotlight on scientists, turning them into public heroes and breaking stereotypes.

In this interview, Kamen tells us what a good idea is, talks about FIRST, and presents the technical details of his newest invention, the Luke Arm.

In the spirit of creativity and invention, we’re wondering what you, our audience thinks is the world’s greatest invention! Let us know in the forum, for your chance to win a huge box of luxurious Swiss chocolate from one of Lausanne, Switzerland’s finest hand-crafted luxury chocolate makers, Blondel chocolate. Feel free to be creative, and add a picture or YouTube video to convince us that your favorite invention is definitely the best. And if any of you are inventors yourselves, the forum’s a great place to show us what you’re made of! 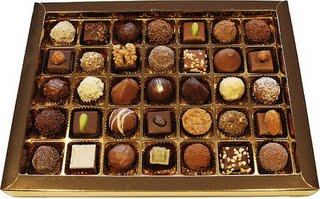 As always, more information can be found in the Robots forums, this week including PlasmoBot, Korea’s Robotland and the latest on Pleo.
View and post comments on this episode in the forum