In this episode we talk about two major events in aerial robotics in the last few weeks: the announcement of the Delfly Micro and the 2008 European Micro Air Vehicle (EMAV) Competition. We first speak with Christophe de Wagter, a member of the Dutch team that’s been churning out amazing flapping-wing robots in the last few years. Our second interview features Peter Vörsmann, chair of this year’s EMAV competition, to explain the latest advances in autonomous flying vehicles. 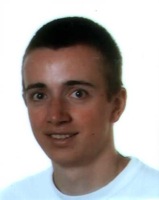 In a recent press release a Dutch team of researchers from the Delft University of Technology announced the DelFly Micro, the latest and smallest member of the DelFly family, achieving flight at a very impressive 3g. Not only can this robot fly for 3 minutes, it actually carries a camera, and thus can sense its environment and is already capable of some basic autonomous flight.

With its third edition in Braunschweig, Germany, the European Micro Air Vehicle competition (EMAV) reunited the MAV family of flapping, rotary and flying wing robots. The indoor and outdoor competitions were focussed on advancing the state-of-the art in aircraft maneuverability and autonomy while minimizing the size of the MAVs (see the mission description and rules). The 14 outdoor teams and 9 indoor teams showed off their platforms as they swooped over forests through arches and up a chimney, a hand-full of the MAVs performing autonomously.

The chair of the competition, Prof. Peter Vörsmann from the TU Braunschweig and Director of the Institute of Aerospace Systems, tells us about his view on the event, its challenges and impact. He also presents his Institute’s work on MAVs with autopilot technologies, meteorological MAVs and his future aerobatic robots.

Visit the Robots Forum for links and discussions about the
RED teaching robot, Hanson and Byrne’s singing robot and the iRobot Negotiator presented in the podcast.