In this episode we speak with two experts in robot learning. Andrea Thomaz from Georgia Tech looks at how humans can teach and humanoids learn with the hope to create good human-robot interactions. We then speak with Sethu Vijayakumar from the University of Edinburgh about machine learning and how it can be used to teach a robot hand to balance a pole. 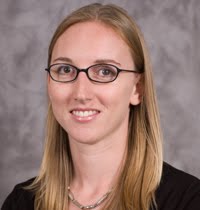 Andrea Thomaz is professor at Georgia Tech and the director of the Socially Intelligent Machines Research Laboratory. With a foot in human-robot interactions thanks to her PhD and Post-doc at MIT with Cynthia Breazeal, Thomaz went on to design her own humanoid-creature named Simon augmented with an amazing designer head and flanked with the most expressive ears you’ll be seeing anytime soon. Simon features an articulated torso, dual 7-DOF arms, and anthropomorphic hands from Meka Robotics.

With Simon and other humanoid robots such as Junior, she is looking at how to make social robots that can learn from humans in their everyday environment. With this endeavor in mind, her lab is studying how humans actually teach and draws conclusions that could be useful when designing future machine learning algorithms. She is also taking inspiration from nature to make robots that can learn in an incremental manner by observing and reproducing what people in their environment are doing, similar to what happens when you put two kids together in a playpen.

Andrea Thomaz is also the author of the Blog “So, Where’s My Robot?” where she posts thoughts on social machine learning. Finally, she was awarded the prestigious “MIT Tech Review 2009 Young Innovators Under 35“.

Sethu Vijayakumar is the Director of the Institute of Perception, Action & Behavior in the School of Informatics at the University of Edinburgh and an associate member of the Institute for Adaptive & Neural Computation. With the Statistical Machine Learning and Motor Control Group there he’s been looking at how robots can learn complex tasks such as balancing a pole using an anthropomorphic arm. His pursuit of the holy grail in machine learning has brought him to tackle the intricacies related to highly changing and dynamic environments. Because of this, his research interests span a broad interdisciplinary curriculum involving basic research in the fields of statistical machine learning, robotics, human motor control, Bayesian inference techniques and computational neuroscience. Finally, he’ll be telling us more generally how machine learning is different from human learning and what he sees as the next steps in this area with a short escapade in the world of prosthetics.

Since August 2007, he holds a Senior Research Fellowship of the Royal Academy of Engineering, co-funded by Microsoft Research in Learning Robotics.

For more information on the autopsy-performing Virtobot, a great video of the Pac Man Robot Game and to revisit some of 2009′s memorable robots, including SCRATCHBOT, Festo’s Robot Penguins, the Wirelessly controlled Beetle and Robot Fashion Model HRP-4C have a look at the Robots forum!