Modular and reconfigurable robotics, with Kasper Støy and Robert Fitch

In today’s episode we focus on modular robotics, or robots assembled out of many smaller modules. Whether all the modules are the same (‘homogeneous’) or of different types (‘heterogeneous’), modular robots can accomplish many different tasks simply by adjusting their configuration. We speak with two experts in the field, Kasper Støy from Denmark and Robert Fitch from Australia. 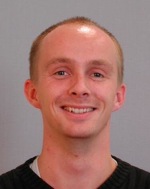 Støy shares his recent experience at the ICRA Contingency Challenge, a competition in which teams have only a few hours to solve an unexpected problem in a planetary environment using only the material they have at hand. To achieve this goal Støy’s team integrated several different types of modular robots, including the ATRON (seen below) homogeneous robot and his latest creation, the Odin heterogeneous robot. Along with some LEGO and a bit of duct tape, Støy’s team managed to put together a system that could potentially be used to complete tasks on Mars. Check out all their videos on the team’s YouTube channel. 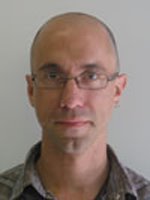 Our second interview is with Robert Fitch who is a research fellow with the Australian Centre for Field Robotics in Sydney, Australia. Fitch received his PhD in computer science with Daniela Rus from Dartmouth College in 2004 and then held a research position at the National ICT Australia in Sydney. He presents his latest self-reconfiguring robot whose millions of simulated modules can make a large cube robot locomote in any type of environment. By changing its shape on the go, the large cube can ooze around and over obstacles without splitting. To render a system which is scalable in the number of modules, he has been looking at how to control the reconfiguration of his robots in a decentralized manner, possibly using learning techniques to automatically determine the interesting moves to make. Finally Fitch presents the envisioned applications and hardware implementations for his self-reconfigurable modular robots.

Visit the Robots Forum for links and discussions about
Japanese worker-chasing surveillance robots, shopping from the comfort of your home with your robotic best friend and the Care-O-bot 3 advanced household robot presented in the podcast.


DOE’s E-ROBOT Prize targets robots for construction and built environment
The future of robotics research: Is there room for debate?
Self-supervised learning of visual appearance solves fundamental problems of optical flow
Deep Sea Mining
Women in Robotics Update: introducing our 2021 Board of Directors
more about ..
comments powered by Disqus