Today’s show is a special episode on space robots. We start by speaking with Julie Townsend from the Jet Propulsion Laboratory at the California Institute of Technology and her work with NASA‘s Mars Exploration Rovers and the lunar ATHLETE robot. We then speak with Sebastian Gautsch from the SAMLAB in Neuchatel, Switzerland, who tells us about his Atomic Force Microscope that was sent to Mars aboard the Pheonix lander in the Spring of 2008.

Julie Townsend completed her Bachelor in Aeronautics and Astronautics at MIT and then went on to Stanford for her Master’s degree. She’s now continuing a PhD there while working for the Jet Propulsion Laboratory (JPL) which she joined in 2001. The JPL exists as a NASA laboratory and has been involved in missions relating to the exploration of Earth and space with plans to send robots and humans to explore the moon, Mars and beyond.

As a robotics engineer at the JLP, Townsend has been working on the Mars Exploration Rovers Spirit and Opportunity. After touching on the development, integration, and testing of the rovers earlier in her career, she then became a Rover Planner, creating command sequences to drive the robots and move their arms on Mars. Townsend tells us what it is like to be the one behind the wheel of a robot on another planet, with all the mind boggling details that make space robots seem so improbable. She also gives us her insider’s view on efforts to get Spirit out of its sand trap on Mars.

In the second part of the interview, Townsend presents the prototype of the All-Terrain Hex-Legged Extra-Terrestrial Explorer (ATHLETE) robot which will be used as part of the Human Lunar Return campaign to help load, transport, manipulate, and deposit payloads to any desired site of interest. In particular, she speaks about its six legs capable of rolling or walking over extremely rough or steep terrain. After some redesigns, the ATHLETE is now onto its second prototype, getting ready for its mission to the moon. 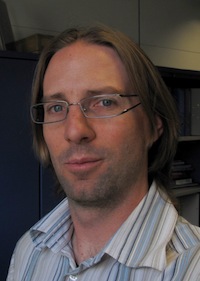 Sebastian Gautsch recently completed his PhD at the SAMLAB, part of the Institute of Microtechnology in Neuchatel, Switzerland, the goal of which was to design an miniature Atomic Force Microscope (AFM) destined to analyze dust particles on the martian surface. It is hoped that by analyzing the surface of the red planet in minute detail we can gain some insight into the geologic history and potential for biology on the planet.

Gautsch tells us about the difficulties in creating sensors for space, especially the limited payload and autonomy constraints of such a system. He then describes the impressive results they achieved with their sensor which was sent to Mars on the Phoenix lander mission in the spring of 2008, where they took the first ever atomic force microscope image on another planet (see below)! 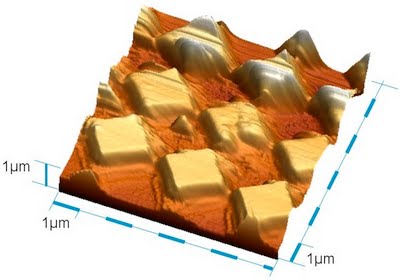 For more information on the robots demonstrated at Japan’s IREX, retiree robot Charlie and the Mobile Manipulation Challenge visit the Robots forum!