This episode focuses on robot musicians, starting with our first guest Gil Weinberg who is the Director of Music Technology at Georgia Tech. With his wooden robot drummer Haile, he’s been evolving a new beat for the future of music. Our second guest, Atsuo Takanishi describes the Waseda Flutist, a robot that mimics human lungs, vocal chords, and lips to accurately play the flute. 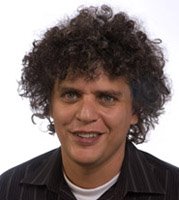 Prof. Gil Weinberg is the Director of Music Technology at the Georgia Institute of Technology, where his research has been bridging the musical and scientific worlds. From his PhD on, he’s been investigating the use of technology to expand musical expression, creativity, and learning and then bringing his ideas to the public with concerts, museum exhibitions and festivals. His most well know projects include the Beatbugs, electronic percussion instruments which when networked can allow newbie musicians, and even children, to collaborate and create living tunes. In another project, he’s working to create an Accessible Aquarium for the visually impaired to perceive the dynamics of life in a fish tank through auditory cues.

In this episode we concentrate on his latest compositions in music technology, Haile the robot drummer and Shimon the Marimba player.
Haile has also been touring the world, playing with human teachers and even evolving its own beats to reach robotic improvisation. Haile, is esthetically elegant with its wooden structure and can play faster than a human at a rate of 15 HZ.

Finally, Weinberg gives us his view on robot-musician interactions and the possible opening of a new music genre. 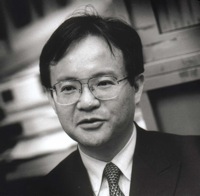 Prof. Atsuo Takanishi has been designing robots for decades. From robots meant to help the medical industry, such as the Oral Rehabilitation Robot or the Clinical Jaw Movement Training Robot, to bio-mimetic robots such as the Emotion Expression Humanoid Robot or the Rat Robot, Takanishi’s lab excels in designing advanced and feature-rich platforms.

Takanishi Lab’s 15-year foray into musical robots has yielded the Anthropomorphic Flutist Robot, a robot capable of playing the flute at the level of an intermediate human flutist. Now in it’s 4th version, the robot mimics many of the mechanisms used by humans to play the flute, such as 3DOF lips, a vibrato and a complex mechanical tongue capable of advanced flute techniques such as the double tonguing technique. Check out the video below:

Visit the Robots Forum for links and discussions about
Evolution Robotics, iRobot’s Warrior 700 and the ethics of military robotics presented in the podcast.