In today’s show we’ll have a look at the next killer application in robotics, telepresence. The idea is simple, instead of planning a bothersome phone or video conference meeting with all your colleagues, you communicate through a telepresence robot that can move around your workplace while you stay at home. Our first guest, Jean-Christophe Baillie, is the CEO of Gostai which just commercialized the Jazz robots this year. Our second guest, Trevor Blackwell, presents his company’s Anybots. 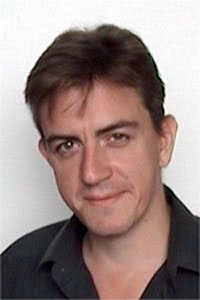 Jean-Christophe Baillie received a PhD in Artificial Intelligence from University of Paris 6 and the Sony Computer Science Lab and then founded the Cognitive Robotics Lab in ENSTA/ParisTech. He is now the CEO of Gostai, father of the URBI software platform which was the subject of a previous episode.

Today he tells us about his company’s move to hardware. Building on their knowhow in robot software, and after two years of working in the dark, they just released their Jazz telepresence series. The series includes the “Jazz Connect” robot for mobile telepresence, the “Jazz Icon” for entertainment & events and the “Jazz Security” for surveillance. The head can be embedded with an LCD screen or two round LED eyes.

Finally, Baillie tells us about his hopes for telepresence, what the market looks like, the importance of design when making personal avatars and his ideas for the future.

Trevor Blackwell is the founder and CEO of Anybots Inc., a Silicon Valley startup developing telepresence robots. He holds a PhD in Computer Science from Harvard and then became a principal at Viaweb specialized in e-commerce software, later acquired by Yahoo. He’s also the inventor of all sorts of vehicles that balance in a way similar to the Segway, including a two-wheeled balancing scooter and the self-balancing Eunicycle which only has one wheel.

Blackwell presents his Anybots, two wheeled balancing telepresence robots that have been seen in local cafes ordering scones. He addresses questions regarding WiFi dependency, design, and tells us how these robots are typically being used in the work place. Finally, he mentions the future where telepresence robots well be able to do more than just communicate.