The law, with Ryan Calo

This episode focuses on the legal and ethical implications of robotics. Ryan Calo from the Stanford Law School discusses the big impact of liability legislation on the progress of robotics and the impact robots have on your privacy. 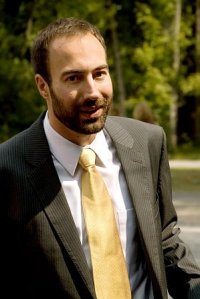 Ryan Calo is a senior research fellow at Stanford Law School and expert in robots and the law, subject which he actively blogs and tweets about. Prior to joining the law school in 2008, Calo was an associate at Covington & Burling, LLP, where he advised companies on issues of data security, privacy, and telecommunications. He now runs the Consumer Privacy Project at the Center for Internet & Society at Stanford. As an expert in his field he also serves on several advisory and program committees, including Computers Freedom Privacy 2010, the Future of Privacy Forum, and National Robotics Week.In recent years, he’s been thinking about the implications of robots in our society. His forte resides in considering liability issues companies face when commercializing robots and privacy issues that creep up when robots enter our everyday lives.One of the main discussions looks at whether manufacturers, users or even robots should be responsible for robots and their actions and what implications that holds on how freely industry will be able to roll out new robots into our societies.

The second topic looks at how robots will impact our privacy when roaming freely in our homes and workplaces. Obvious questions include what happens with all the potentially sensitive material such as images and sounds stored in the robots memory and risks of potential hacking. Another less discussed topic touches on our loss of “solitude” when robots that are perceived as human-like enter our space.

Finally, we look at the far future with questions about how the law should consider robots with human-level intelligence.

>With so many questions about the future, we couldn’t resist putting up a poll to have your opinion. The question we’re asking you today is :If robots become as intelligent as us, should they be considered as equal by the law?Make sure you take the poll and debate in the comments section below or on our forum.

Latest News:
For more information on this week’s news on Telepresence and CMU’s tree-climbing snakebot have a look at the Robots Forum.


Data systems that learn to be better
Introspective Robots
Soft robotics actuators heal themselves
Exploring from a Distance
Exploring the DARPA SubTerranean Challenge
more about ..
comments powered by Disqus