Study the past if you would define the future. – Confucius

War will always have a human element. Robots will be tools in future conflicts, just as they (and other technologies) have been in the past. To understand how robot use will evolve militarily, it is healthy to look back at history.

Change is hard for militaries. Billy Mitchell showed the vulnerability of battleships to aircraft, but militaries were still building battleships decades later. Tanks were used as infantry support in World War I. In WW II, some countries adapted better than others. As the US military began developing missiles, pilots believed they should drive the missiles, others thought differently (see Sidewinder for a great background of the difficulties in military acquisition — it’s only gotten worse since then).

For change to happen in any organization, its leaders must embrace it.

For change to happen in any organization, its leaders must embrace it. Moffett did with aircraft carriers, Eisenhower and Patten did it with maneuver warfare, and Rickover did it with nuclear submarines. So where is the US military with robotics (my background is limited to USA and mainly maritime)? Who are the leaders?

Despite over 100 years of research and development and decades of use in military situations, the US has not had a strong senior leader fully embrace robots. ADM Roughead did a good job, but he only pushed for air and underwater, not replacements for the Navy’s most sacred cows: surface warships. The Air Force hasn’t embraced UAS easily and looks to be going down a bad path. The DARPA LS3 program, “Big Dog”, makes for great video clips, but what’s it used for? Infantry support. Déjà vu?

Recent combat experience has offered a large number of service men and women firsthand experience of robot capabilities, but it will be another five to ten years before any are senior leaders. Bottom line: don’t expect mobile robots to revolutionize warfare in the foreseeable future unless an adversary adapts quickly.

How could a robotic military future look? On the maritime side, the DARPA TEMP and ACTUV programs are a good start. Navy UCLASS is a step towards aircraft carrier obsolescence, and Admiral Moffett would be proud.

And the Navy LDUUV is a good step forward in undersea warfare. Between these programs and similar future investments, the entire US Navy could be unmanned in 25 years.

The effect that robots will have as tools of war is minimal compared to the effect robots will have on society and how these societal changes will change the nature or need for war. Predicting these effects would make a great topic for a future Robotics By Invitation discussion. I tend to agree with Dr. Susan Calvin, Isaac Asimov‘s chief robopsychologist at US Robots and Mechanical Men, Inc. about the Inevitable Conflict between man and machine. Want to know more? Read the book! Continued learning may be the only thing keeping you ahead in the race against the machine. 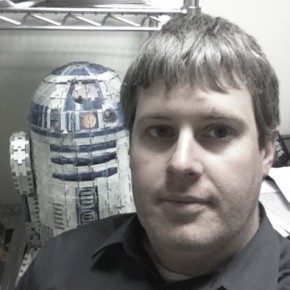