Architectural robots: The shape of the robots that will shape your home While robots are being deployed in factories at a high pace, their presence on construction sites is close to nil. However, there are many architectural robotics research projects in academia, and during this decade they will surely start to appear in real-life construction.

What will these robots look like? Will they be in the form of a humanoid robot, an industrial arm, a huge 3D printer, or something we haven’t seen yet? I will argue that construction robots will end up with their own unique look that we probably haven’t seen yet. Not only will architectural robots look different, but the design of building elements and construction methods will likely change dramatically.

But first, let’s begin with what architectural robots won’t look like and why. Every time I ask my non-engineer friends: “What do you think a construction robot should look like?” I get a very similar response. They all describe a humanoid robot wielding a shovel, a hammer or other familiar construction tool.

I strongly believe that this won’t be the case. There is a simple reason for this: in architecture, a humanoid is a useless link between the tool and the designer; the robot itself should be the tool.

I noticed similar misguidedness in Isaac Asimov’s The Robots of Dawn, where detective Elijah Baley, a thousand years from now, arrives on the planet of Aurora and is driven around in a regular car operated by a humanoid robot. This is funny because we already know what robot cars will look like and I don’t see any humanoids behind the steering wheel.

So let’s agree on the first thing: construction robots most certainly won’t be humanoids. Gramazio and Kohler Research, a lab at ETH Zurich of which I’m a big fan, is one of the pioneers of construction robotics. One of the projects they tested in real life was ROB, an industrial arm that automates the bricklaying process.

ROB does a great job laying bricks, it does it faster than a human, it can work all night, and lay bricks with extreme precision.

Let’s focus on bricks for a moment. Have you ever noticed that bricks used in buildings are almost the same size, independent of the country or time they were built?

As Michael Weinstock states in his book Emergent Technologies and Design:

The dimensions of bricks as building element related from their first use until today to the size and weight that can be moved by the bricklayer with one hand while the other hand remains free to use tools, such as trowel, thus enabling feasible and fast ways of construction. Hence bricks are one of the oldest quasi standardized building elements known to man. They have been used since circa 7,500 BC. Emergent Technologies and Design: Towards a Biological Paradigm for Architecture, by Michael Hensel, Achim Menges and Michael Weinstock.

The brick, by design, is made for humans; it is not made for a robotic arm that can lift more than 100 kg (220 lbs) and has a precision of less than a millimeter. If we are using robots to build brick buildings, we are not using the robot to its fullest extent.

Robotics gives us an opportunity to rethink the design of building blocks and construction processes. Making bricklaying faster and more precise is great, but it’s not game-changing. It doesn’t bring significantly new capabilities to construction, it only makes the existing model slightly more efficient.

So here’s my second point: Instead of trying to automate existing processes, we should invent alternative processes that were impossible without current technologies and robotics.

So what are these new building methods that we couldn’t use before robots came along?

There are a lot of advanced methods of fabrication and construction that were not possible without robotics: robotic weaving, robotic folding, robotic molding, etc. You can find great experiments at Gramazio and Kohler Research, California College of Arts, Sci Arc, IAAC, and many others. There are also a lot of interesting experiments on Monograph.io.

But let’s focus on one familiar example of robotic-driven technology in construction: 3D printing. It would be impossible without a precise positioning device to do 3D printing – you simply can’t ask a human worker to take a bucket of concrete and pour it layer by layer over a specific plan.

When you think about construction-scale 3D printing, one of the major problems (aside from material properties and reinforcement) is the size of the printer. In desktop or factory 3D printing, if you want a bigger print then you need a bigger printer. How big a printer do you need to print a building? What if you want to print even bigger? Do you make a printer with a span of the Golden Gate Bridge?

We took on this problem with Saša Jokić and a research team at IAAC and developed a concept solution that allows one to print buildings of practically any size with the same machines. The concept is named ‘Minibuilders’. This is a group of robots each performing a specific task. The first robot layers a 15 cm (6 in) footprint or foundation, while a second and a third robot print the rest of the building by climbing over the structures they already printed and laying more material over them. This design is only possible at construction scale where printed layers are solid enough to support a robotic print head. This is just one example of how robots allow us to use new methods in construction and these new methods in their turn change the way architectural robots look. We’re not using industrial ABB or Kuka arms anymore, because they were not designed for on-site building construction. We are designing custom robots specifically for our process.

So here’s my third point: new methods define the shapes of construction robots.

Now that we have the ability to create new building elements, new construction methods, and new robots, what should we build?

You never change things by fighting the existing reality.
To change something, build a new model that makes the existing model obsolete.

For this, we must define the quality of the build environment we aspire to create. Can we eliminate waste during the building process? Can all buildings elements be reusable? What if buildings could dynamically respond to user behavior and environment?

At our company DOM, which was founded with my brother Fedor Novikov, we believe that we should rethink not only the construction process but also how buildings behave after they are built (and probably after they’re no longer needed). We believe that in the fast-changing world we live in today buildings shouldn’t be designed only once before construction and stay the same until the day they’re demolished. We believe that buildings should reconfigure over time in order to respond to the changes both inside and outside of them.

For that reason we’re designing an interior modular system that can be quickly reconfigured when the function of the space has changed or evolved. And guess what? We’re using robots. But if construction robots were needed only during the building process, these new robots will work during a building lifetime. This will give rise to new types of robots: reconfiguration robots. If you continue to rethink how we can change architecture, you will see that there are many more types of robots we will soon need.

My last point is this: rethinking not only construction technology, but human habitat itself (including architecture) will give rise to new types of robots, such as reconfiguration robots, maintenance robots and many others. 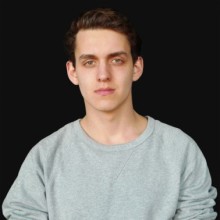 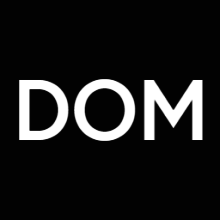 DOM is a New York based startup that develops new modular systems and assembly robots to create reconfigurable objects and environments.

DOM is a New York based startup that develops new modular systems and assembly robots to create reconfigurable objects and environments.