Four knowledge institutes across Europe – the Danish Technological Institute (DTI, DK), Fraunhofer IPA (DE), Tecnalia (ES) and the Manufacturing Technology Centre (MTC, UK) – teamed up to offer highly qualified consulting services at no cost to companies that either wanted to use robot technology in their production or wanted to develop new robot technology to sell.

It’s been two years since the European project ROBOTT-NET kicked off and more than 60 projects have been executed with success and 1500 people have come to visit ROBOTT-NETs Open Labs. ROBOTT-NET has among other things helped nurses in F&P Robotics’ voucher. The project “Robot Assistant for Nurses” (RAN) aimed to automate frequent and labor intensive tasks of material preparation before the taking of blood samples.

ROBOTT-NET also helped make home builders’ lives easier with Robot at Works voucher project. The goal of the project was to use digital data in building projects to automate production directly on the building site.

The robot network has also worked with the Swastebot – a specialised waste sorting robot. The company Sadako developed a disruptive system for the recovery of valuable materials such as cans, bottles, bricks etc. in waste treatment plants. The system is based on artificial intelligence for material detection.

In total ROBOTT-NET has worked with 62 projects with companies such as Danfoss, Kärcher, Air Liquide and Nissan.

Now, eight projects have been selected for a Pilot to strengthen robotics development and the competitiveness of European Manufacturing even further. The projects will be teamed up with a real-world use cases and ROBOTT-NET will take the projects all the way to the market – to make even more robotics ideas in industrial and professional service robotics a reality.

You can check out what ROBOTT-NET has achieved so far in this video:

If you want to stay updated on ROBOTT-NET and the events in the projects, you can follow ROBOTT-NET on Twitter and LinkedIn. 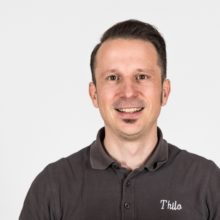