Exploring from a Distance, with Muralidharan Arikara 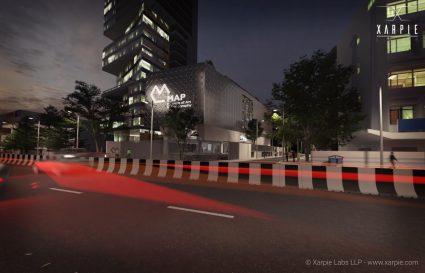 Robohub Podcast · Exploring From a Distance

In this episode, Lauren Klein interviews Muralidharan Arikara, CEO of Xarpie Labs. Xarpie Labs creates visualization and simulation experiences within the retail, healthcare, and defense industries. Arikara describes how Xarpie Labs grew as part of the Machani Group, which has decades of experience in automotive manufacturing, into an innovator in virtual and augmented reality. He elaborates on the role of Xarpie Lab’s virtual reality and augmented reality experiences in allowing real estate customers a vision of properties from a distance. Arikara also paints a picture of Xarpie Labs’ augmented reality tools, including a project for a museum to visualize old gramophones for visitors and an air conditioning troubleshooting tool for technicians.

Muralidharan Arikara is an entrepreneur and the CEO of Xarpie Labs. Arikara is an engineer by training, and worked in the clean energy industry prior to his current role. In addition to his role as CEO at Xarpie Labs, he is also a member of the advisory board of several startups in the energy and consumer segments.


Perfecting self-driving cars – can it be done?
Amanda Prorok’s talk – Learning to Communicate in Multi-Agent Systems (with video)
Robots flying a kite to generate electricity. What if you would use this?
Talking Robotics’ seminars of January – April 2021 (with videos and even a musical summary!)
A robot that senses hidden objects
more about Research-Innovation..
comments powered by Disqus