Learning to Grasp, with Jeannette Bohg 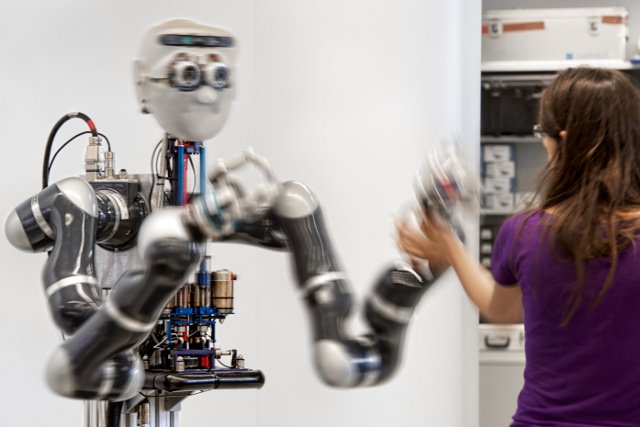 In this episode, Lilly Clark interviews Jeannette Bohg, Assistant Professor at Stanford, about her work in interactive perception and robot learning for grasping and manipulation tasks. Bohg discusses how robots and humans are different, the challenge of high dimensional data, and unsolved problems including continuous learning and decentralized manipulation. 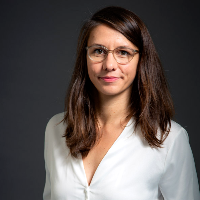 Jeannette Bohg is an Assistant Professor of Computer Science at Stanford University. She was a group leader at MPI until September 2017 and remains affiliated as a guest researcher. Her research focuses on perception for autonomous robotic manipulation and grasping. She is specifically interested in developing methods that are goal-directed, real-time and multi-modal such that they can provide meaningful feedback for execution and learning.

Before joining the Autonomous Motion lab in January 2012, Jeannette Bohg was a PhD student at the Computer Vision and Active Perception lab (CVAP) at KTH in Stockholm. Her thesis on Multi-modal scene understanding for Robotic Grasping was performed under the supervision of Prof. Danica Kragic. She studied at Chalmers in Gothenburg and at the Technical University in Dresden where she received her Masters in Art and Technology and her Diploma in Computer Science, respectively.


Talking Robotics’ seminars of January – April 2021 (with videos and even a musical summary!)
iRobot Education expands its free coding platform with social-emotional learning, multi-language support
How to build a robotics startup: getting the team right
A robot that senses hidden objects
Towards mapping unknown environments with a robot swarm
more about ..
comments powered by Disqus