Throughout my 35-year career in the computer business, I always read and thought about what disruptive technology was ahead. When I had an IBM mainframe, I was looking at the DEC mini-computers and even the stand-alone word-processors to see if they could do my work without the humongous monthly lease rates and $250,000 computer room (with its special flooring, power supply and air conditioners) that I was paying for at the time.

When the digital era began I had already guided my company into the software business and had transitioned from its mainframe to big PCs. Shortly after that I sold out and started to change my lifestyle to be less tense and more healthy.

My interest in the next big thing, however, was undiminished. I began to read about robotics. As I set about learning about the industry and those involved, I called my stock broker and asked for a basket of robotics-related stocks that I could invest in for my retirement. He gave me two – which I thought curious. I called another broker and got the same answer. Then I checked Bloomberg and found that they too, at that time, didn’t have a category for robotics nor did they have a list of robot makers. 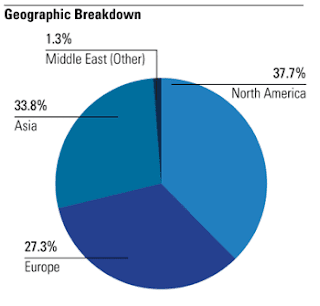 That’s when I decided to put my research and database skills to work compiling a comprehensive list of publicly-traded and privately-held companies involved in the robotics industry. I quickly found that this was truly a global project. Most of the industrial robot producers were international and the newer service robot providers were mostly privately held and not publicly traded. Since my goal was to be a passive investor, this posed a problem.

As I continued my quest to create the most comprehensive database of robotic providers and ancillary businesses, I was approached by people who wanted to buy or rent my list. I declined all such requests until some financial people approached me about selling my trademark on the term Robo-stox and being able to use my database to set up an industry tracking index, the first use of which was to establish an Exchange Traded Fund (an ETF) reflecting the robotics industry.

We worked together to form a company (ROBO-STOX LLC) and set out to develop an index of the robotics industry. We evaluated all of the robotics companies in my database and culled that list down to a set of 77 stocks, which, when back-tested over 10 years, truly reflected the growth pattern of the industry. 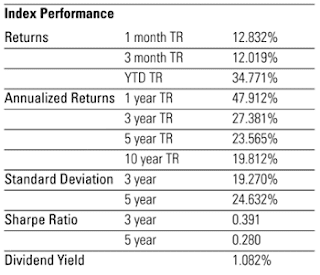 ROBO-STOX LLC has licensed its index to Exchange Traded Concepts who, on October 22, 2013, launched an exchange traded fund (ETF) with the ticker code ROBO. Now anyone with the ability to buy stock anywhere in the world can buy this publicly-traded NASDAQ ETF.

I’ve worked a long time to make this happen and I’m very pleased with the results. It enables investors everywhere to capitalize on the accelerating worldwide growth in robotics. And it lets me do what I originally wanted: passively invest in what I believe to be a continuingly profitable industry, the robotics industry.