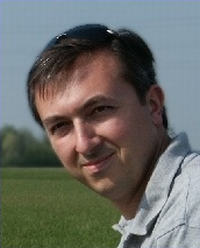 Alberto Broggi is the Director of the Artificial Vision and Intelligent Systems Lab at the University of Parma.His main milestones are the ARGO Project (a 2000+ km test done on Italian highways back in 1998 in which the ARGO vehicle drove itself autonomously) and the setup of the Terramax vehicle who reached the finish line of the DARPA Grand Challenge 2005. The Vislab Intercontinental Vehicle Challenge was accomplished when the vehicle expedition recently reached Shanghai on October 28th after crossing two continents in a journey more than 3 months long. 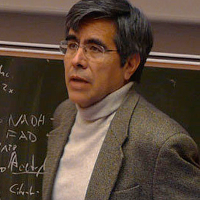 Raúl Rojas is a professor of Computer Science and Mathematics at the Free University of Berlin and a renowned specialist in artificial neural networks.The FU-Fighters, football-playing robots he helped build, were world champions in 2004 and 2005. He formerly lead an autonomous car project called Spirit of Berlin and is now leading the development of the Made in Germany car, a spin-off project of the AutoNOMOS Project. Although most of his current research and teaching revolves around artificial intelligence and its applications, he holds academic degrees in mathematics and economics.

Latest News:
For more information on this week’s news, including pictures and videos of the two new robotic grippers, have a look at the Robots Forum.


Robot Lab Live at the UK Festival of Robotics 2021 #RobotFest
Robot Swarms in the Real World workshop at IEEE ICRA 2021
IEEE ICRA 2021 Awards (with videos and papers)
Obstacles no problem for smart robots
Intel RealSense Enabling Computer Vision and Machine Learning At The Edge
more about ..
comments powered by Disqus