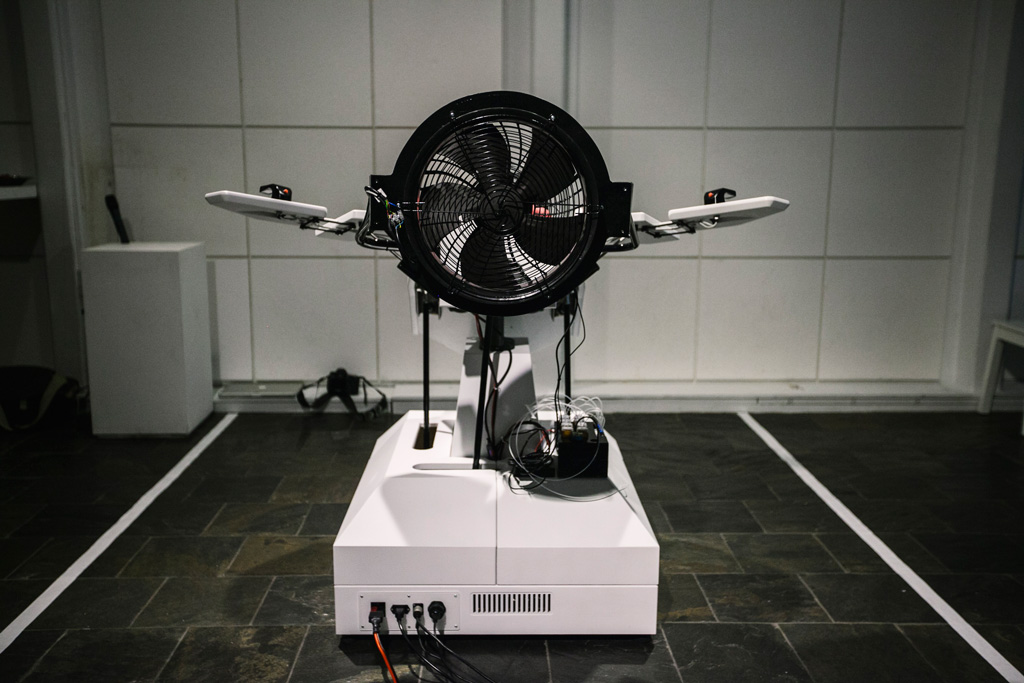 In this episode, Audrow Nash interviews Max Rheiner from Zurich University of the Arts (ZHDK) about his  project Birdly. Birdly explores the experience of a bird in flight with several methods. Unlike a common flight simulator, the user embodies a bird, the Red Kite. To evoke this embodiment, Birdly mainly relies on the sensory-motor coupling. The participant can control the simulator with their hands and arms, which directly correlates to the wings and the primary feathers of the bird. Those inputs are reflected in the flight model of the bird and displayed physically by the simulator through nick, roll and heave movements.

Visualized through a head-mounted display (Oculus Rift), the whole scenery is perceived in the first person perspective of a bird. To intensify the embodiment, Birdly has additional sound, olfactory and wind feedback. The participant hears the roaring of the wind and the flaps of the wings. The olfactory feedback is based on the changing scenery and ranges from the scent of a forest, or soil, to several other odors of the wilderness. According to the speed of the bird, the simulator regulates the headwind with a fan. 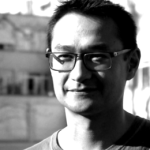 Rheiner’s research and artistic interests center on interactive experiences which utilize methods from Virtual/Augmented Reality and Immersive Telepresence. His artistic work has been recognized and exhibited in a number of international and well-renowned venues such as Biennale Venice, Italy, Ars Electronic Linz, Austria, and Yamaguchi Center for Arts and Media, Japan.